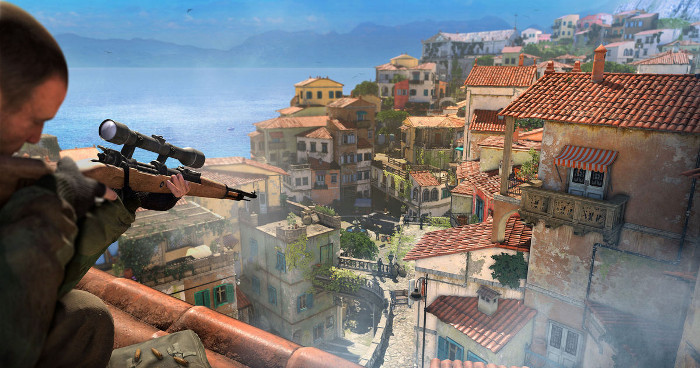 Sniper Elite again. The franchise has become one of the must haves for the scene of the snipers in video games. The main reason is that, apart from the fact that there are few such titles, get moving to consoles all the experience of own snipers of WWII. Rebellion, the company responsible for the brand, It has taken advantage of pull for years, taking to sell a series of video games that really have been a complete success. Although we also have to say that it has its own legion of fans.

Since a few weeks ago is available Sniper Elite 4, the second installment of the series coming to the current generation consoles, though the first exclusive of these machines. Of course, the development team has tried to leverage all the power available to offer the best experience in this regard.

Sniper Elite 4 is direct Sniper Elite III successor. On this occasion, controlling the same sniper protagonist, we will have to travel to Italy to investigate what are doing the nazis of World War II. According to the latest information, they are designing missiles long distance that could give them an advantage to win the war. That Yes, we will realize that the problem is bigger than it might seem.

What news is there in this project, with respect to the previous releases? Firstly, a small graphic evolution. We say small because you will hardly notice changes. In fact, it even it could have increased. You most remarkable of all is that you the spaces, now are broader, combining them with tiny areas that we will test.

Difficulty Yes has been augmented. I.e. they introduce more features that we invite to see better scenarios, calculating each shot so that we do not detect. You know that nearby fighting, in cases of being a sniper, are a danger and we could end up dead before what we think.

In any case, although Sniper Elite 4 has no major developments with respect to other video games of the series, have glanced you, analyzing their main characteristics in order to check whether a new delivery and that worth buying. Stay tuned for the next scan. And rest assured that this new Sniper Elite will try to make the experience of becoming an elite sniper more complicated.

Previous Tearaway Unfolded leads March in PlayStation Plus games
Next Ultra Street Fighter II: The Final Challengers, on sale in Japan and to Switch on May 26