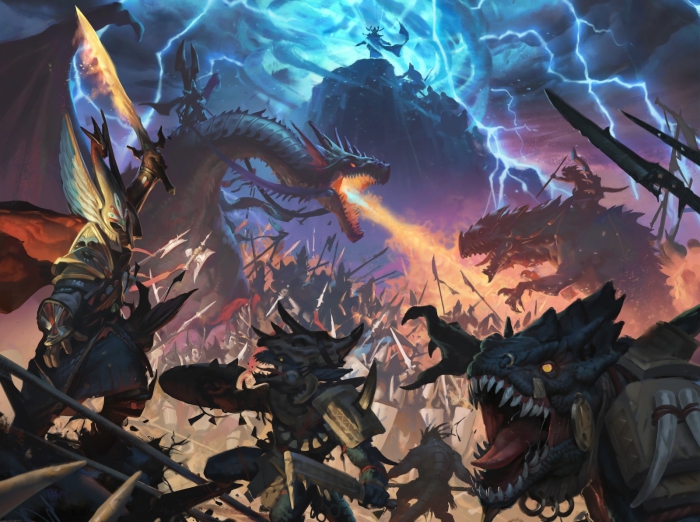 The second Total War installment: Warhammer has finally been announced and with it The Creative Assembly will take us to the new world of the particular universe created by Games Workshop. A title that will take men lizard, Dark Elves, high elves, and a fourth race that still not has been revealed Although everything points to that it will be the skaven. If all goes as expected, Total War: Warhammer II will go on sale this year for PC.

One of the interesting aspects of this second installment is to be an independent title, although its contents be merged with Total War: Warhammer to create a more complete game experience. The races of both titles will be compatible and even possible the union of both campaign maps, although this option will not be available at the launch of the game. All these possibilities will enable to offer a greater variety and more strategic variations to take into account.

Many more details are not known at the moment about Total War: Warhammer II but since the launch is planned for this year is likely to Sega and The Creative Assembly may soon start to disclose the specific contents. As usual, one of the most controversial aspects will have to do with the DLC that they accompany this release.

Following the launch of Total War: Warhammer II still missing a third installment whose contents are unknown. What races is concerned, the few remaining published correspond to realms ogres, dwarfs of chaos and the Kings funeral. These three armies share a more or less common geography, which would facilitate delivery starring them, though this is nothing more than speculation and still much to study is I am about it.

Previous Agents of Mayhem, what’s new in Volition, published August 18th
Next The Spider-Man of Insomniac confirms arrival to 2017