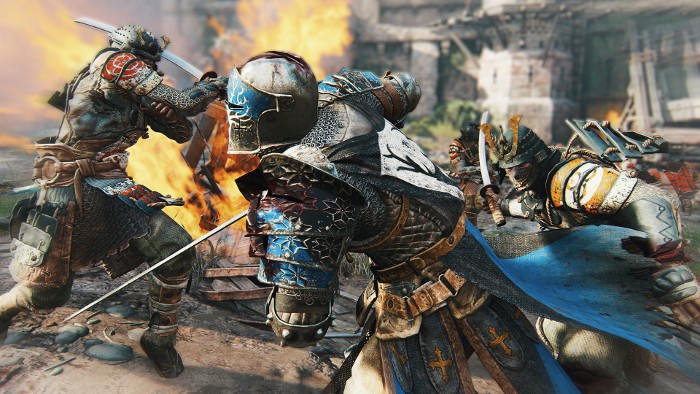 Not even For Honor, video game gone on sale a few weeks ago, get rid of the cheats players. I.e., many users of its online modes are using tricks in order to obtain advantages in the game. Which, of course, is affecting other users. However, in this case Ubisoft has put the batteries. The result is none other than the banning of hundreds of players, which have been detected using traps.

As you know, in For Honor points and experience earn by completing different battles that take place. However, some users have figured out how get the character to continue fighting without the need for the user to in front of the TV. In other words, it is possible to continue gaining experience even if you’re not playing.

The last 3 March Ubisoft reported that you were fighting against players who performed this activity, called AFK. The priority was maximum. They were even investigating the ways used to play in order to detect suspicious movements. Finally, measures have been put in place.

A few days ago, the developer sent some messages warning of the use of traps in the game. And, shortly afterwards, was baneaba to users who were using them. In addition, they have become to send messages warning of the situation. To give you an idea, 1,500 users have been banned for three days. 4,000 users have received warnings. We must remember that use the AFK exploit violates the rules of conduct of Ubisoft. A fact that is not allowed.

In the event that you use some kind of trick to obtain advantages in the game, recommend that you fail to use them so that Ubisoft not you banee. In any case, the company sends warnings before the waves of lock.

Remember that For Honor is already on sale in shops, for PC and Playstation 4, Xbox One.

Previous Analysis Berserk and the Band of the Hawk
Next Capcom Announces The Disney Afternoon Collection for PS4, One and PC