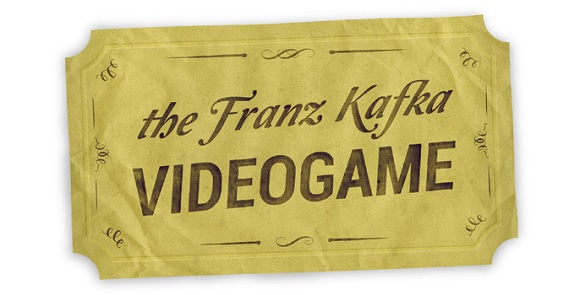 I remember hearing, on a visit to Madrid, the following sentence: «I, I, Kafka… is demasiao». I don’t know who said it; we hunt it on the fly and to this day it is impossible to know its context. Why was demasiao Kafka to the anonymous person who crossed my path? Was it too hard? Too good? Too dark? Today, many years after hearing that phrase in the middle of the street, I’ve thought something similar. I, for me, The Franz Kafka Video Game is demasiao.

The game of Denis Galanin (who works with the alias of mif2000) can be described following the promotional phrase that appears on your page of Steam: there is read that it is a “game of puzzles and adventures of the most original inspired by the works of Franz Kafka”. The idea of adapting, more or less freely, Kafka’s work at a video game is, in fact, better idea of what may appear at first. No medium is most appropriate to represent systematic of the bureaucracy that the video game, the violence and chaos that in recent years has experienced more than ever with the dark rules in many ways. The dark and often hidden rules of Dark Souls become at the same time claim and barrier to who plays, and the community is responsible for providing additional documentation to interpret and deal with what the game, cruel and closed to consciousness to provoke this reaction, proposes. In an apparently random room but at the end and at the end it depends on a system, The Binding of Isaac take away all the powers you’ve got throughout the game and replaced them with any absurdity that turns the game into a nightmare. Clearly, Papers, Please forces you to do the dirty work to the above, putting you in an awkward position as an intermediary between the bureaucracy and a number of people that you can ruin you life to seal blow.

But The Franz Kafka Video Game is a strange intermediate point between the narrative puzzle game and light graphic adventure, something that fits more with Kafka as an easy-to-define gender. Through a series of well-defined and individual levels, the game tells the story of K, a psychoanalyst who receives an offer of suggestive work which ends up becoming a hallucinogenic trip across America. It is a minimal story that repeatedly turns to inconsistent solutions and something clear of facile to bind chapters, and that develops based on references or allusions to the work and the time of Kafka. There is something very attractive and suggestive in this series of vignettes, in good part by the visual style, which connects to Kafka with cartoons and classic cinema and just reaching, perhaps by logic, David Lynch; some puzzles are enjoyed by it resolved and others by their appearance: in the best cases, which are not much to both. 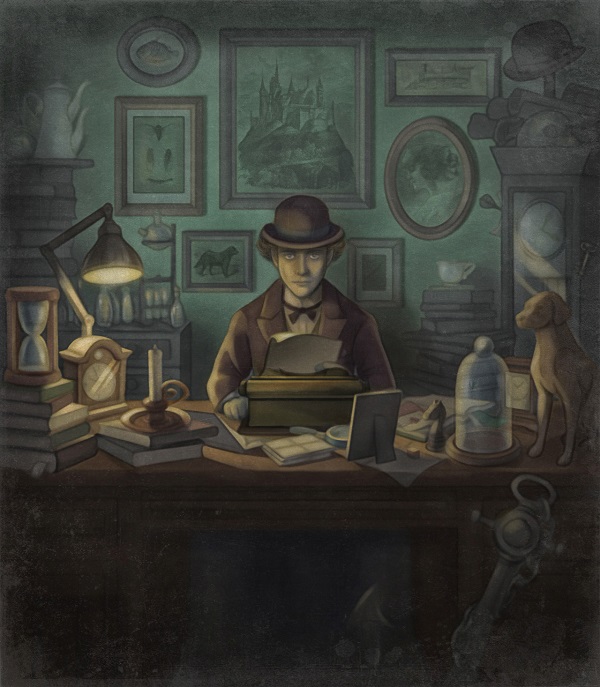 The truth is that The Franz Kafka Game seems a missed opportunity because it underperforms explore through their puzzles to the author on which it is based. Complies with the superficial; It has a great variety of puzzles and in each is a nod to Kafka’s work, totally or partially, but the way in which says nothing about Kafka and his work, beyond serving winks for those who already know the life and work of the author. It is impossible to learn anything about Kafka playing, and still the only history makes sense as series of details and anecdotes about his life and his work. Does not satisfy to the layperson or scholar; to the first (for who Kafka is perhaps demasiao but not the puzzles) says it nothing, and the second (for those who are perhaps demasiao puzzles: tracks system, generous and always to hand, seems to attract more explicitly to those who want to simply know what has the game, more than how it has puzzles) says it nothing that can’t already.

I appreciate the experiment and, in fact, as partially inspired by Kafka surrealist postcards collection offers a few quite clever puzzles (not many, because in total there are not so many; the righteous to fill an hour and a half without just repeating it) which, unfortunately, do not leave the same grounds that the literature on which they are based. I would like to think that the thick layer of irony surrounding The Franz Kafka Video Game has to do with what’s ‘today has broken out the war, in the afternoon I went to the pool’ (a famous entrance of Kafka’s diaries), but actually has dislodged me more than what I would have liked. I have almost never considered pretentious to a video game, but this what found me ever. I don’t know if more irreverent jogs from history are Kafkaesque; I don’t know if some of the least interesting puzzles are Kafkaesque; I don’t know if the achievements that reward you like by using all the tracks to not use any, are Kafkaesque. Kafkaesque really is the paranoia of not knowing what it is and what not Kafkaesque; I, for me, The Franz Kafka Video Game is demasiao. [5]

Previous Uncharted: The lost legacy will be August 23
Next Minecraft will have micropayments on Windows 10 and mobile