Analysis of The Witcher 3: Blood and Wine 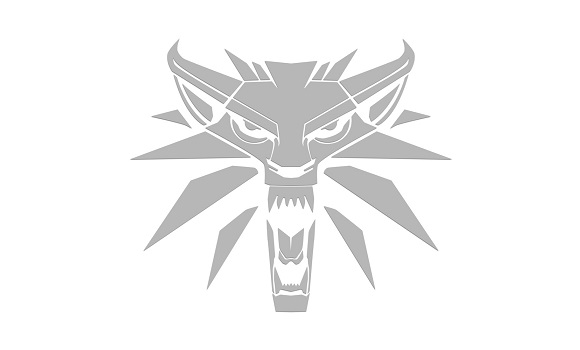 This spring have been fulfilled 30 years of the Chernobyl disaster, and these heights is still an element that has tremendously influenced the culture of Eastern Europe. Its overlap with the soulless Soviet decline was a depressive cocktail that greyer pessimism permeated much of cinema, literature and video games in the following decades. The impact of this deep sadness could compare to the Japan, with their atomic trauma and their incurable wounds that resulted in a sentimental hemorrhage than the born pop icons such as Godzilla and across a plethora of works on the wrong science, mutations, the orphan, the rebirth after death, using hope about a better future and the human capacity to persevere against the disaster.

In the former Soviet republics, such as Ukraine and Belarus, and in Nations broken German and Russian invasions which were Territories at a bargaining table where there is no local authority, such as Poland that Japanese anxiety resulted in pure and simple discouragement. The concept of the cloud postapocalipsis of S.T.A.L.K.E.R. was a good example, both in film and in video games, this permanent uneasiness; and the magna opus of CD Projekt RED poles does not escape to this aura of resigned misery.

Travelling the world of The Witcher 3: Wild Hunt I could not avoid thinking about how the environment and stories are smelling of that unmistakable pessimism Slavic, with its battle fields of corpses, their carriages destroyed after the attack of a monster, your farewell notes written by poor wretches in his last hours of life and above all injustice the intransigence that we find at every step we take , in almost all the subplots that make up this majestic tree short stories and endless miseries. The feeling is that Geralt of Rivia is the only factor, in this case supernatural, capable of exerting his will to change things, to shed some justice in that terrible place infested with mythological and also human monstrosities.

The last expansion of The Witcher 3, Blood and Wine, I was hooked from the beginning mainly because he passed me very different vibrations. The new scenario, Toussaint, is a fantastic version of the Italian Tuscany, a sunny, colorful and beautiful place in which there are many vineyards and wine is a matter of common conversation among their inhabitants hedonists. An idyllic place which contrasts with most of the rest of the world of The Witcher, a site that prefer love to war and he came to the water, with all that that entails. Rupture is evident in terms of atmosphere, and the scenario by itself already justifies the existence of the expansion.

But if Geralt travels so great place to serve, that Yes, it is because something is not going as well as it seems: in metastasis of mythological monsters and evil creatures that devastated the universe of the original game has also polluted the festive atmosphere of Toussaint and an unknown bicharraco is killing one to one to the Knights. As it is usual in each quest’s Wild Hunt, in Blood and Wine also we stumbled upon abundant script twists and with a major lack – rhythm reminiscent, in fact, frantic last act of the game original – and investigated never escapes the classic surprises and deceptive appearances after the real causes.

Toussaint appears to Italy, but in the background is more France: characters of shining armor that seem taken from the remilgadas novels of French cavalry and a spirit somewhat frivolous and theatrical. I don’t know if the idea was to make authentic comedy or was unintentional, but observe the contents and tough so screwy Geralt and witness moments of real embarrassment for a warrior veteran like him are situations which, by contrast, all a bit messed up the player you’re already several dozens of hours sheathed in gray Monster Hunter skin. Complex moral draft decisions also abound in Blood and Wine, as well as the stories and characters that serve as an excuse to address issues such regulations as bureaucratic abuses or gender identification. In that sense, the expansion back to make use of the rich universe created by Andrzej Sapkowski for portraying all kinds of problems a little more referential and less typical medieval fantasy.

In the mechanical, Geralt moves now with much more fluidity that before the latest updates, and the game does not deteriorates for many hours and data that accumulates the SaveGame. Nothing has changed in the fighting, except for a new branch of mutagens that we can unlock to counteract fierce bad milk from the many and varied heads located one in Toussaint. And in the rest of the adventure can be noted also the existence of a small vegetable garden in a vineyard that we can claim as property and where we can plant our herbs and fulfill certain missions.

The Witcher 3: Blood and Wine deals with the vampire theme in a way that is fascinating and very different from what one would expect always bitter world that we walk in the original game. Toussaint is a spectacular place that makes expansion a content entity with its own personality, a beautiful parade of morons and monsters that diverges enough Wild Hunt to revitalize the desire to return to the shoes of Geralt. The quantity and quality of the sidequests loaded here with all the weight of the adventure, and it is clear that its makers have realized that stands out where your script is in the sort of parallel to the backbone plot narrative fabric. That force is not both the story of Geralt small dramas and epic that surround the main road as flowers of different sizes and colors. I may not attach you much the Hunter stops to smell them, but the incomparable invites you to do so. [9]