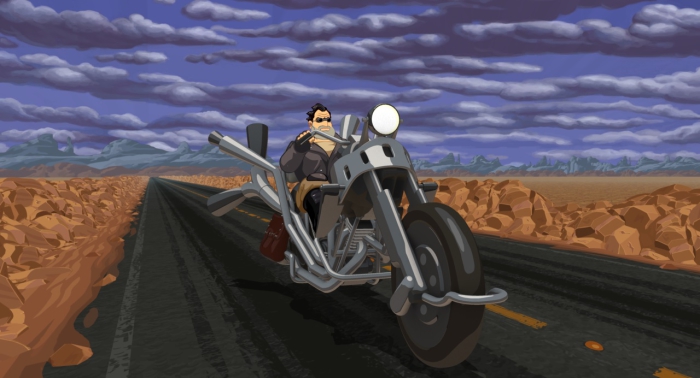 Been to pray, but Double Fine has finally announced the date of Full Throttle Remastered. April 18 was the date chosen by the study of Tim Schafer to return to life is classic graphic adventures launched 22 years ago. A well-liked title but whose legacy has gone very unnoticed after the shadow of other great classics such as Grim Fandango or Monkey Island.

However, this “remaster” an opportunity that many players can enjoy this singular title and return to the present day. This Double Fine has updated Full Throttle endowing it with new graphics, renewing the artistic style and updating the music and sound effects. An adaptation very similar to the one carried out at the time with Day of the Tentacle.

But without a doubt, one of the aspects that has more value Full Throttle Remastered is the possibility of passing updated the classic mode. It may seem a triviality, but in order to maintain the historical legacy of a game, this is a very important factor, since it allows that the original essence of the game remains unchanged. One aspect that has not always been considered in remakes of classic games.

Following the launch of Full Throttle Remastered remains to be seen if Double Fine are encouraged to adapt other great adventure games from LucasArts such as Sam & Max and The Dig. All these graphic adventures are part of the collective imagination and nostalgia for veteran players who certainly appreciate this type of remakes that bring back these great titles for children.

Previous According to SuperData, already more than 1 million Nintendo Switch have been sold
Next New videos of Gran Turismo Sport, PS4 on PS Now games