KERO Blaster and Cave Story expanded platforms that are available 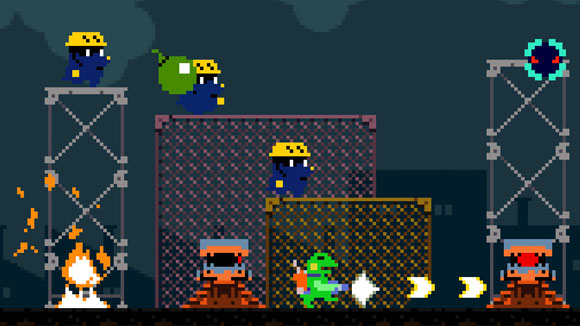 Two sets of Daisuke Amaya will expand to new platforms, as it has announced recently. On the one hand, Kero Blaster comes to PS4; on the other hand, the extended version of Cave Story will be in Switch in the coming months.

The first, a pretty tremendous action platformer, published today same on PlayStation 4. Sony console receives the latest version, which in addition to more difficult gameplay that was already on the Steam release includes nine new translations, including Spanish.

Obviously there are trophies and others, if you want to live in your own flesh the allegory about labor exploitation that offers the game. In that sense, the Boss Rush mode here is a delicious Double-Entendre. It costs 10 euros.

And then Cave Story +, which becomes the hand of Nicalis Switch June 20. This new version of the classic basic Amaya aims to be the definitive, and includes “new challenges, options and improvements”.

Refers to “more levels and subtle graphical improvements, as well as free content updates in the future and”some extras that were not disclosed yet”. As it is common to all releases of Nicalis for Switch, the game will be published in the eShop but also boxed, for $30; If you arrive to Europe, shots will be out there, as it is common to all the launch of Nicalis for Switch, also: a more expensive account, same point.

Local multiplayer, the other big news in this version, will not be available the day of the launch, but that will be later included via patch. Nicalis does not give an exact date, but talk about the end of the summer approximately.

Previous “Dragon of the North”, first DLC Nioh, on sale in may
Next Alex Hutchinson leaves Ubisoft to mount his own Studio