Modes multiplayer and cooperative for Yooka-Laylee 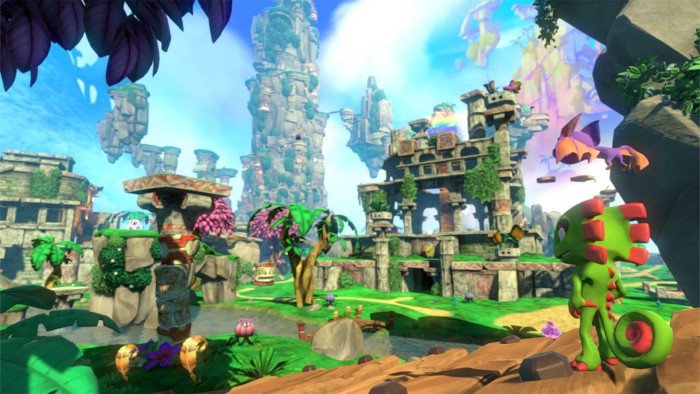 Yooka-Laylee, a platform game with the soul of the games of this genre launched in the time of N64 and PSX, will be released on 11 April in PS4, One, PC and possibly later in Nintendo Switch.

Already we have been able to taste different gameplays of title and paints really well. In the line of what one might expect from a full of ex-workers of RARE development team, creators of the legendary Banjo & Kazooie. The good news is that in addition to an adventure for a player we will also have content multi.

The cooperative will be similar to the featured in Super Mario Galaxy. A second player can help Yooka and Laylee eliminating various obstacles of the scene and collecting items of health or various collectibles.

Previous The new expansion of Deus Ex: Mankind Divided explores the last criminal of Adam Jensen
Next I Am sailor will be available in Switch the 3 of March