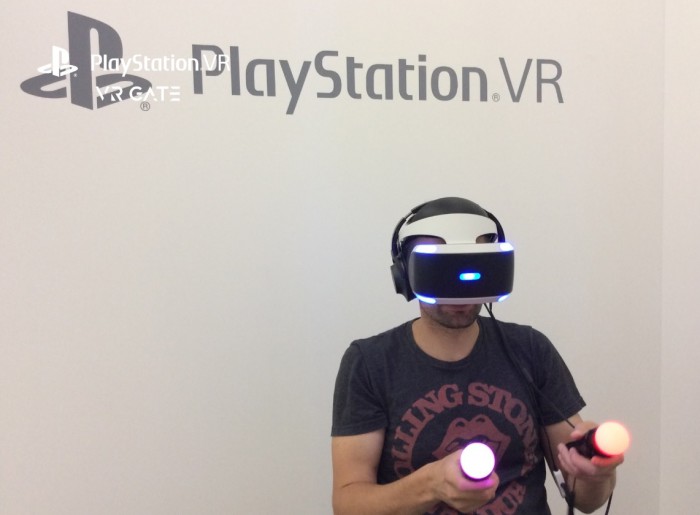 The next 13 of October will go to the sale PlayStation VR. The alternative of Sony to the reality virtual is a new form understand the game on a technology that allows dipping is in the development.

A concept simple that should try is to internalize is and that not has nothing that see with the effect 3D, a technical of visualization with which sometimes is compares the reality virtual and sincerely, this is an experience completely different and much more immersive.

Sony has opened VR Gate in Madrid (Sánchez Bustillo 7, close to the Atocha train station) and will be open all week-ends to the public until the end of the year. To visit the space you will need to book time here.

A few days ago I had the opportunity to pass me by VR Gate to test the latest version of PlayStation VR and some of their games. Then some prints short and to the point from which I could test.

The hull is lighter that the version that I could test a year ago in Madrid Games Week. The equipment is very light weight and feels comfortable and well suited to our minds once we have adjusted it. Know if was by the cockpit in which it tried, but after playing some 30 minutes, the helmet began to give me heat.

With this weight, it will be allowed that game sessions are more extensive than expected. A time stuck in situation, the cables passed to a second plane.

Until Dawn: Rush of Blood

A shooter on Rails set in a world of terror circus. The player appears uploaded in an attraction and this vehicle serves to give a context to the automatic movement of the action.

Believe that we are before a game that describes perfectly what is it reality virtual. At all times I felt inside the action and digital recreation of a few arms simulating the two Move that was carrying two guns helped introduce the player in the game formula. At the level that could prove I went through segments in which I had to defeat enemies, others that I should dislodge me bloody elements of the stage shaking his head or simply enjoyed the attraction with parts of greater speed. 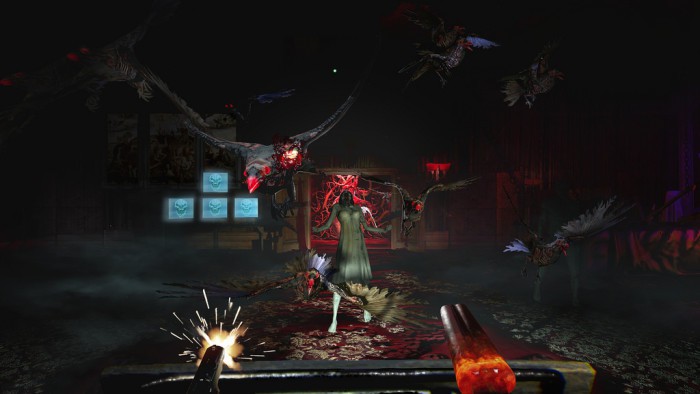 One arrives to get both into the role, than to climb a slope of attraction to subsequently take momentum and get off at full speed the next section, I felt some tingling in the stomach. Very similar to the real affection. And this is something that not can achieve it with a simple effect in 3D. That feeling of weight in elements and feel inside the decor is what it purports to offer virtual reality. With Rush of Blood I felt those feelings.

In this robbery us turns to propose another set of game on Rails. I played a level set in a road that appeared constant enemies. Another experience to introduce within the action thanks to the fact that we can interact with various elements of the cabin of the car. The best is certainly pick up a car charger and make the move to insert the cartridge in the machine gun to recharge. It is not something that is going to change the gender, but it adds a layer to the gameplay.

Simple graphics and action. A very free game, but it offers another experience of immersive virtual reality.

With Farpoint – Not available in VR Gate – I think that you it’s the game that had more eager to prove in PS VR. The game has been rebuilt to offer virtual reality driving and the feeling of being inside the car is beautifully recreated.

Forget about technical sections of high-level, PS VR seeks to prioritize the immersion
The graphics are sufficient for the proposal, but delete the incredible technical section of DriveClub, this VR version not looking to compete at that level. The cab of the vehicle is the battle of the game with a very immersive recreation and playing with steering wheel seem to control the car. The interface of the game is has included in a screen that is in the dashboard and the movements we allow inspect the vehicle with much realism. That Yes, the detail in the rear-view mirror is poor.

Not only us feel inside the car to the driving it, the step by curve is very accomplished and even is enjoy of certain effects graphics.

In conclusion the test has been very successful and I have sense inside the situation. Highlight the feelings lived on Until Dawn: Rush of Blood and with the driving of DriveClub VR. In fact, with Rez VR, possibly would be the games that would choose to accompany a unit of PlayStation VR. That Yes, forget about paragraphs technical of high level, this seeks to prioritize the immersion.