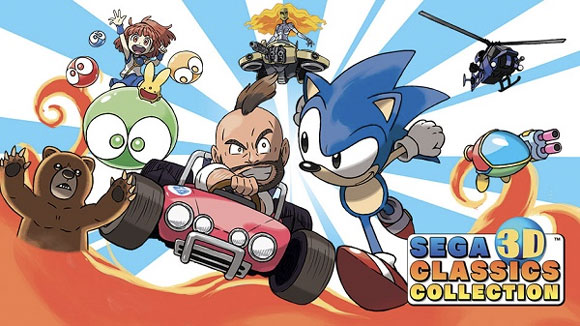 Sega 3D Classics Collection, the compilation that brings together some of the classics of the company M2 masterfully recreated in Nintendo 3DS, You will be issued in Europe on November 4, as it has announced.

Versions of M2 are not emulated, but they are rewritten to add innovations to the games; are versions tremendously faithful to the original (in occasions, to several original different: not only is collects the original Japanese but also is can play with them changes applied in them releases European and American), but that also include the 3D brand of it House e even new modes of game, as in the case of Fantasy Zone II.

Here’s the launch trailer Sega published for its 3D Classics Collection in April, as a result of the North American release:

This Sega 3D Classics Collection comes almost a year since it was published in Japan. There came in December of the year past, and four months later gave the jump to United States. More than half a year later, the collection comes to Europe; comes in digital but also in box, for who want to preserve a copy physical.

About them 3D Classics speak makes a good time, and reviewed several games that do not appear in this compilation. Echo in missing OutRun, for example, or the essential Gunstar Heroes, or Streets of Rage 2 (I am more than the second part, what you are going to do); for the undecided, not you desaconsejaría take a look at the eShop of 3DS and give an opportunity to some of these revisions of M2, because they are tremendous.

Previous Analysis of Tokyo Mirage Sessions ♯FE
Next A look at the remasterisations of BioShock: The Collection