Breaking News
Home / News / So the new update for DOOM

So the new update for DOOM 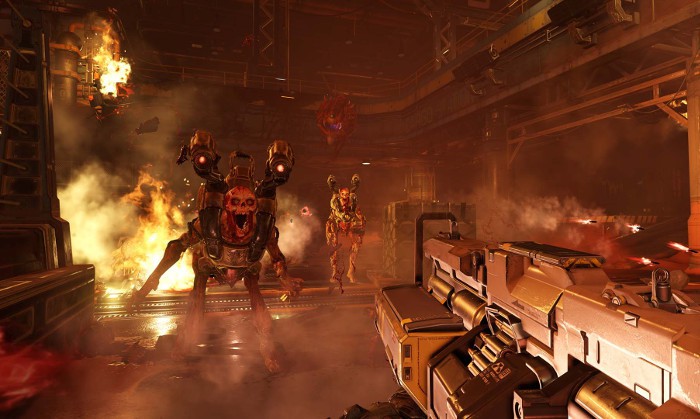 DOOM is updated. A few weeks after his release on sale, the renowned video game will receive a small patch which will include some features and solves the problems encountered. A move by id Software , which seeks to improve the project and, Furthermore, to integrate some of the references requested by the users.

When you install the update, you get some pretty striking changes. For instance, introduces a new view, the classic from the first DOOM, as well as a new Photo mode that will be accessible from the options of the game. To that you must add updates the multiplayer mode, several customizations and settings in the run.

The player mode also receives changes, but the most striking have to do with the arrangements that they have been executed as for performance and optimization of the game. In fact, most of the errors have been fixed. The same thing happens with maps, and even with the PC version, which had a problem in developer mode.

In any case, you should know that all found bugs have been fixed, optimizing the game and providing a better experience. The patch will be available during the next few days, for all editions of DOOM. Stay very tuned to download, because you might be surprised.

Previous The Banner Saga 2 ahead of their departure on consoles
Next Forty minutes with The Legend of Zelda: Breath of the Wild