The future RPG Shiness: The Lightning Kingdom shows its cast of characters

The future Shiness indie game: The Lightning Kingdom, will arrive on 18 April for Playstation 4, Xbox One and PC, as mentioned on some other occasion. This time, and with the increasingly closer to 18, Focus Home Interactive Editor shows a video in which we will see the capabilities of the controllable characters in the title: Chado, Poky, Rosalya, Askel and Kayenne.

Each Member of the squad will have completely different characteristics, and both fighting sequences and phases of exploration will be differentiated from a character to another. You can enjoy every one of them here:

Shiness: The Lightning Kingdom was born out of a project of Kickstarter , which, fortunately, has been well received by the community and, especially, by Focus Home Interactive, which has relied completely on the title.

It is surprising that a title of the presented quality comes from a study completely indie, whose development (characters and history) began twenty years ago. Shiness: The Lightning Kingdom combines exploration, with plenty of side missions to complete, dungeons filled with monsters and treasure, I plataformeo, puzzles…

Obviously, two more enhanced aspects within this adventure are the scenes of combat, in which we will have to use movements own video games struggle to confront the enemies, and their status as RPG. In a matter of fighting, we can use combos, direct hits , magic, blockades, and definitive techniques, together with a number of elements that you should discover yourselves. In addition, we can customize the abilities of each Member of the group thanks to the menu, skills that we will be releasing throughout the adventure. 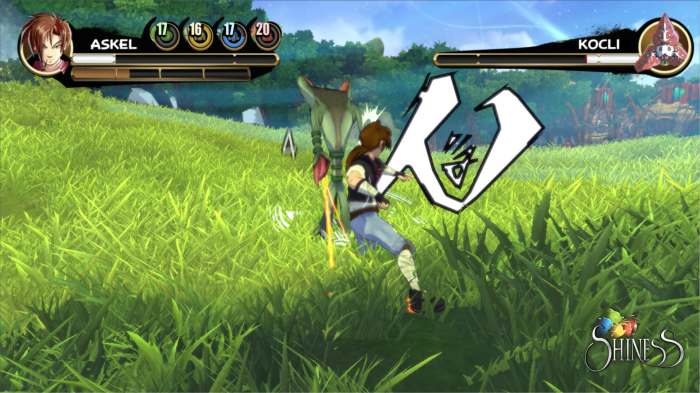 Stay tuned to it, which will be available shortly.

Yooka-Laylee and Shiness: The Lightning Kingdom, the indie scene is walking in a surprising direction. Large companies will have to put the batteries.

Previous King works in a Call of Duty mobile
Next ‘ Final Round: the legacy of Street Fighter’ will be your beginning April 21