Unity modified their prices and integrates iOS and Android all versions

Unity has announced changes in its known engine subscription options, designed to function as a bridge between the free version and the Pro users. Unity Plus is the name of the new subscription, «designed for individuals and teams that want even more useful and effective tools that will help them launch commercial games and interactive experiences», says the company.

The limit of benefits created with Unity Plus is the same as the Unity staff, the free version: 100,000 dollars a year. The new subscription, for $35 a month per user, also includes part of Unity Pro services, while maintaining the home screen with the logo of Unity; to customize this splash screen it is still necessary to upgrade to Pro, by 125 dollars a month per user.

Another important novelty is the addition of Android and iOS to the list of supported platforms by default. It is an understandable move in light of the new emphasis of Unity in its Adsservice, which is presented as a tool for not “rely on 3% of players who make purchases within the application» serving video ingame ads, and there are cases of success: more than one year ago, Crossy Road had generated $ 3 million in benefits through Unity Ads. 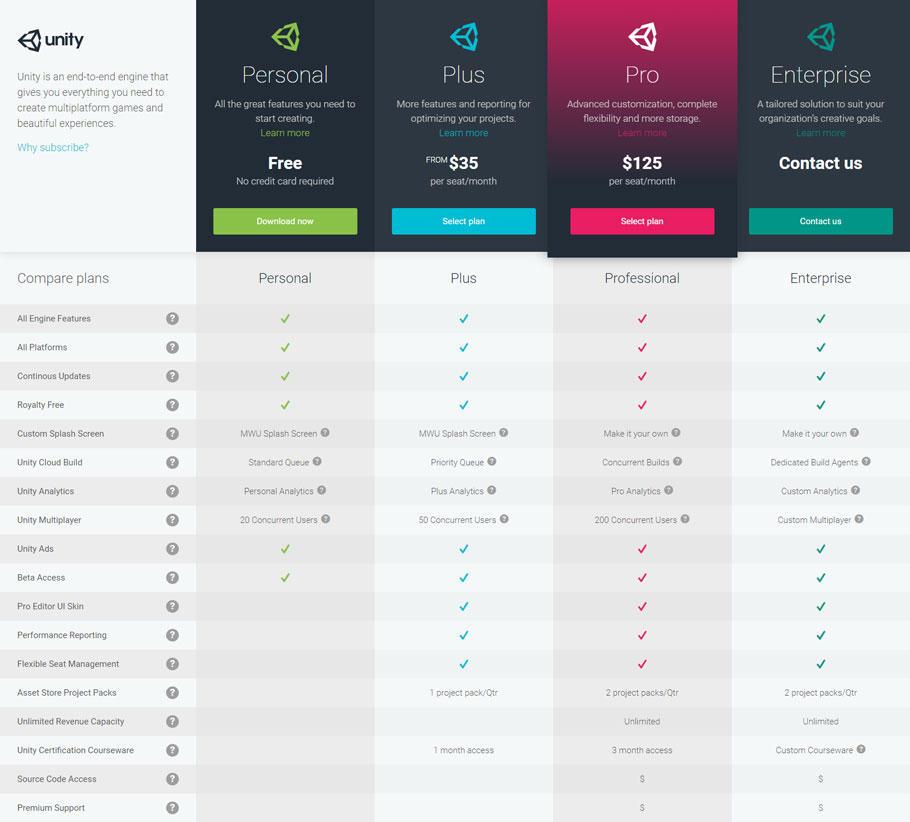 These changes have been greeted with unequal fortune by the Unity developer community. That made more noise are those who are against these movements: a look at the comments on the post that summarizes the News reveals certain displeasure. It seems that the emphasis in the mobile games does not fit with some studies, especially the little ones.

The changes will be made effective this month.

2016-06-02
G2F
Share
Previous Formers, the new ready at Dawn, is cross-platform
Next Formers is the new project of Ready At Dawn