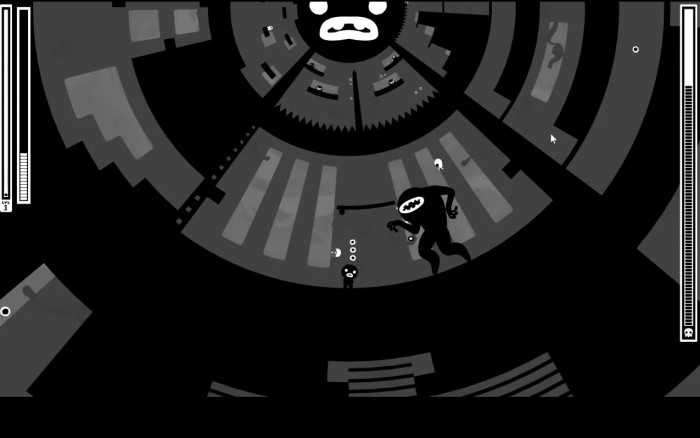 It’s a rather unique action-platform game which shares protagonist and aesthetics of the universe Time Fcuk, one of the universes created by Edmund McMillen. At the moment we only know that it is a platform game inspired by classics such as Mega Man and the action takes place in a way circular, as inside a cylinder. Simple aspect, since it is used as unique colors white and black, what little has been seen reflects very well the creative style of this author.

At the moment there does not seems to be a date for the launch of this title, but it seems that it probably goes on sale in parallel to the launch of The Legend of Bum-bo. Edmund has pointed out that you between the space between the publication of both games will be small and which is currently working on both simultaneously. In any case, we still have to wait to enjoy these two titles, since the efforts of the author seem to be concentrated in the new expansion of The Binding of Isaac.

In addition, the pace of work of Edmund McMillen is not the fastest on the market and in its history we can find projects with a long time of development coupled with ample breaks in them. And we can even highlight any cancellation as the occurred with Mew Genics, one of its most ambitious titles and it was finally put in the refrigerator indefinitely.

Previous Pokemon GO Plus, the attachment of Pokémon Go, delayed until September
Next We present the Square-Enix games in the next Gamescom