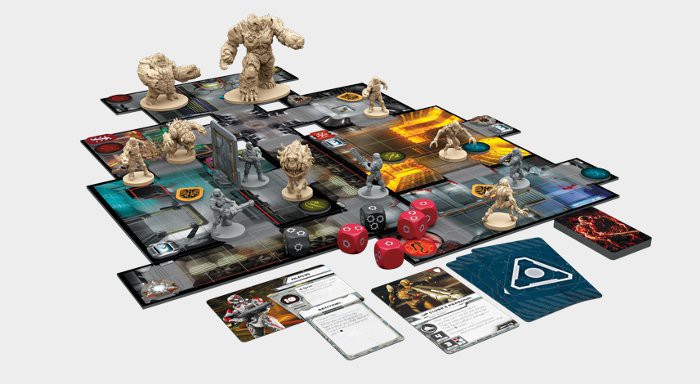 The Alliance between Board games and video games seems stronger than ever. In recent months we have had several examples of franchises that have made the leap to this peculiar format as the saga Dark Souls, This War of Mine or Plague Inc. Now it’s the turn of DOOM, once again returning to the gaming tables with a new Edition based on the successful and last installment of the series.

A new edition that has little to do with the previously published and out of print, which was based on Doom 3. Although the style of play seems to be similar, similarities seems to be few. Once more our objective will be to meet a series of missions while we embody the Marines in their fight against the demons that inhabit the UAC Mars facilities. Action, strategy and elements of an RPG that can participate in 2 to 5 players.

In case anyone wondered, this new DOOM will be a quite different from the previous edition game, so we have one new release rather than a second edition. It seems that on this occasion the gameplay will be more balanced between the “master” and the players, limiting the asymmetry between. In addition, introduces some new elements taken directly from the game as the executions or “glory kills” that will allow us to recover the vitality of our marine.

At the moment DOOM does not release date in Spain and the English version is provided by Fantasy Flight Games company whose intention is to publish it at the end of the year. As usual, the quality of materials and the thumbnails seems pretty good, something that already has become one of the hallmarks of this company.

Previous Analysis of Furi
Next Analysis Mighty No. 9