New Pokémon of the Alola region! 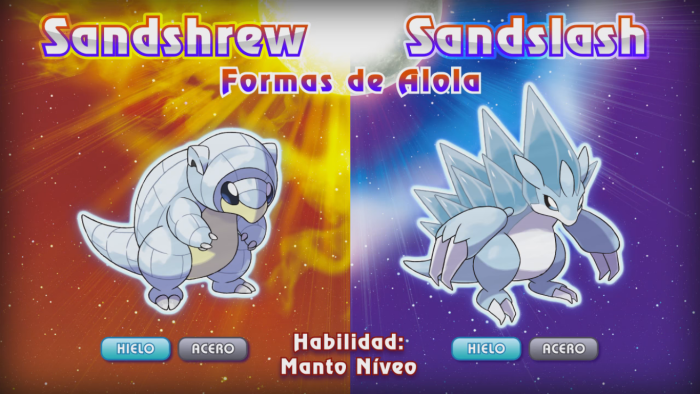 We already know that we will soon enjoy the new generation of Pokemon in our 3DS, Sun Pokemon and Pokemon moon. So far, in the wake of all the trailers presented and the information that has been showing us Nintendo about this new release, there are strange news.

After having met the initial batch, the legendary players, other new creatures, and a multitude of addons that will be the nucleus of the new adventure (and that I will summarize in brief), we present a new set of strange pokemon, some of them similar to those already known.

In the next trailer, we will see beings belonging only to the Alola region, as well as meet with other old acquaintances, and Exeggutor, Vulpix, Ninetales, Sandshrew and Sandslash, but in its forms of Alola, different to what we have already experienced in other deliveries.

A crowd there over new interesting creatures, especially the four birds sisters. Do not miss the trailer for knowing them, along with some new features that Nintendo shows us.

Pokemon Sun and moon will go on sale in Europe on November 23 for Nintendo 3DS.