Slain Renews with its last update and gives an extra copy 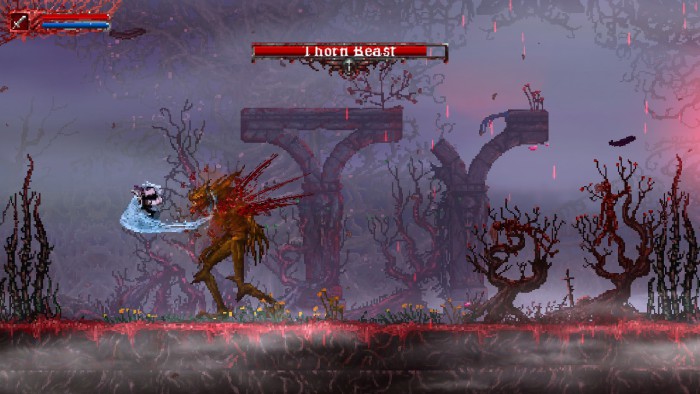 The launch of Slain, a title of adventure and action of cutting metroidvania, wasn’t expecting its creator Andrew Gilmour. The reaction of users was not positive since the game was not satisfactory in many areas: from difficult excessive and poorly calibrated to a clumsy and little intuitive combat system. All a blow for those who trusted in this project getting Slain at launch, but especially for those who financed the game on Kickstarter.

Far from giving up and abandon this project, Andrew has worked from day one Slain is transformed in the game expected by his followers. Different patches will have gone going on until the arrival of a last update that has transformed radically the game. This patch modifies widely all facets of the game, redesigning the difficulty, combat and incorporating new content to make a more attractive title slain .

In addition, for those who acquired the game, at the time its creator wanted to reward your patience and confidence giving them an extra copy of Slain. A detail which will allow more users to approaching this title and enjoy it much more successfully with a gameplay according to its careful musical section and its interesting aesthetic retro offering a unique blend.

A journey that seems to do quite well for this title and Andrew Gilmour acknowledged by incorporating the tagline of “Back from hell” to the game. If you had this title, maybe is time to give him another chance, since it seems that with the recent changes, the gaming experience has improved substantially. At the moment this new version is available on PC, but surely that arrive natively to consoles soon.