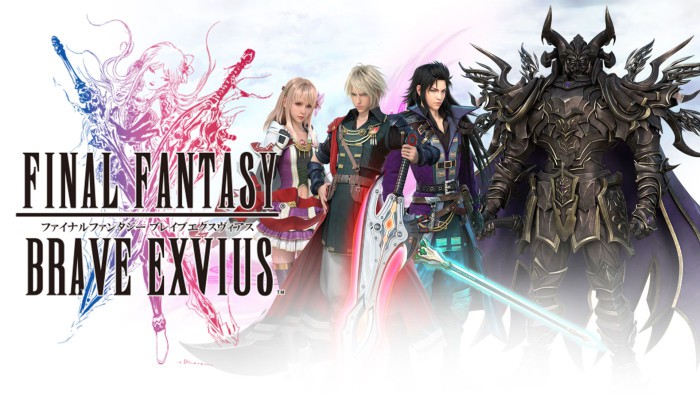 Square-Enix has released the videogame Final Fantasy Brave Exvius in the West, a video game for mobile devices that was already available in Japan by surprise.

Brave Exvius is an RPG, developed by A-Lim (the creator of the excellent Brave Frontier). Featuring characters from previous installments, as Exdeath, or Shadow, the game is counted among the most popular in Japan, with more than six million downloads in recent months.

“In a world of fantasy, there are two powerful forces that are in perpetual balance: Vision and Lapis. Vision is the manifestation of thoughts and emotions, while Lapis is the world where all magic crystals exist with different visions of the world. With these powers, the world has grown into a prosperous land. However, in some situations, peace can be false and darkness can devour the light. As the world of Lapis is slowly falling in their own destruction, two brave warriors will face the darkness with the power of Vision, aiming bring peace, again, to their land “. And this is the approach from which part the game.

Brave Exvius which becomes West version includes all the content and updates that have been launched in previous months, including new items, achievements, markers, support for tablets or sway in the gameplay.

To gain access to extra content, not related to the free-to-play version, we can go to the own app purchases. We find, among others, the ‘Early Bird Bundle‘, where, by 4′ €99 you can have a bonus in the growth of our characters.

By going to the App Store or Google Store you can purchase Final Fantasy Brave Exvius in its free-to-play version.