Tetris film will be a trilogy for narrative reasons 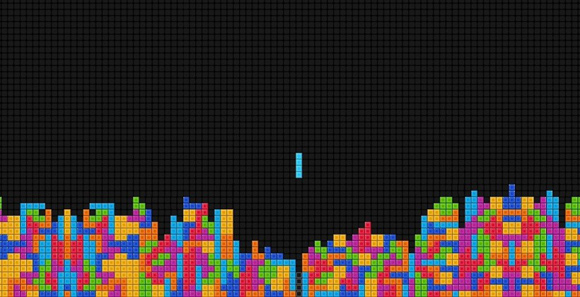 We caught everyone by surprise, but Tetris film is taking shape little by little, slow but unstoppable. Today, we learned a new fact on the tape of the hand of producer Larry Kasanoff, one of those most responsible for the project: Tetris will be a trilogy, as we knew, and not on a whim, but by needs of the “great history” who have between hands.

A priori one might think in a formula in the style of the failed Pixels, or even an animated feature the drawings of Pac-Man-like, but it seems that someone is taking the issue very, very seriously. Says Kasanoff to Empire, “the story that we have designed is very large. ‘ Is not a film that we have divided into bits, simply is a great story “.

Is not the only shocking Declaration of the producer, who also claims that Tetris

It is a great science fiction movie. The idea occurred to me to think of Tetris and the theme of creating order from chaos.

Seeing the gender that is framed and the size intended to attribute to the project, can the thing to go down a road similar to the of Battleship, the movie based on the Board game to sink the fleet which in the end turned out to be the typical entertaining americanada. “We won’t put blocks with legs running out there,” warns Kasanoff. «But it is great that people think that, the Ribbon will be fine down». And to tell it, Larry.

Tetris filming will begin the year coming in China; It is likely that the producers, the American Threshold Global Studios and china Seven Star Works, want to take advantage of the fundraising boom of the film in China with this project: there will roll the tape and there will be the actors in the cast. Kasanoff, veteran who also produced films of Mortal Kombat, and his team have 80 million dollars to give shape to this ‘sci-fi thriller”that is playing the card of surprise again and again:”It is not for nothing what do you think,”said not long ago. One good way to surprise would be making a good film: the opposite is normal.