Activision wants to Call of Duty films to compete with Marvel 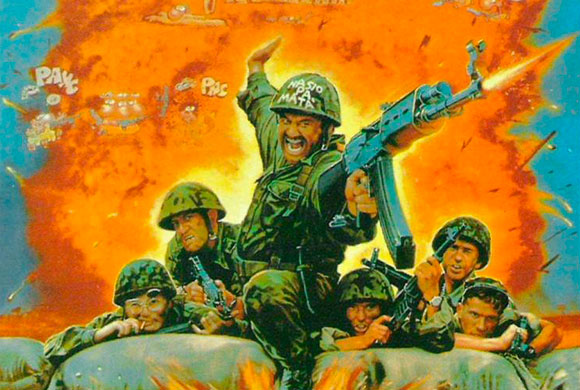 Call of Duty Activision going to the cinema, and the intention of those responsible for the adaptations, Stacey Sher and Nick van Dyk, want a series of shooters to compete in the billboards Marvel cinematic universe.

Producers and Presidents of Activision Blizzard Studios (the subsidiary company dedicated to converting Activision Blizzard’s games on TV series and movies) have spoken to The Guardian about the project, which will consist of a series of films based more or less freely at the games and they will be United not only arguably but with «consistent themes and easter eggs» , as those of Marvel, said Van Dyk.

«We have planned many years», says Sher newspaper. “We have assembled a group of writers to talk about where you’re going. There will be a film that is more like Black Ops, with the story behind the story. Modern Warfare series focuses on how it is to fight a war with the eyes of the world on you. “And then something that perhaps more hybrid, where you see a private operation disguised as public operation occurs”.

“It will have the same aesthetic energy and adrenaline of the game, but it is not a literal adaptation. A great movie marvelesca is much more broad and inclusive, global in scope…».

In addition to films, Activision also wants to develop several television series, set in different eras and conflicts, who live in a similar way to which several series of Marvel that Netflix has produced made it.

“We have a large library” of brands, says Van Dyck. «I would say that our first objective are the brands that already exist, but we have an incredible opportunity to have hundreds of games that have a huge track and a tremendous nostalgia».

The curriculum of the duo should be given security on their knowledge of the film world. Stacey Sher appears as a producer on several Tarantino films, from Pulp Fiction to the latest Django Unchained and The Hateful Eight, in addition to many films that were box office hits. For his part, Nick van Dyk was Executive at Disney and participated in the purchase of Marvel and Star Wars, as well as in the development of their various movies and series.

2017-04-06
G2F
Share
Previous John Carmack doubled the resolution of the Oculus Home only with code
Next Special Dead Rising 4: renew or die