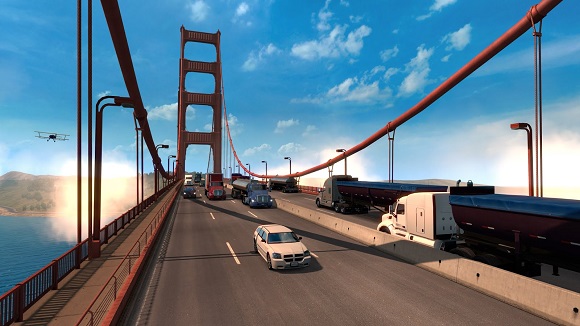 SCS Software has announced that it is working on a rescaling of the map of American Truck Simulator that will make it larger, with a corresponding increase in the length of the roads and the detail of the scenarios.

The study recognizes that “the highest number of complaints from players (…) they have to do with the scale of the map»; Therefore, while they finished working on the map of Arizona (recently added as a download), they have decided will «increase the scale of the game». This new development will be part of «free download».

The scale goes from 1:35 to 1:20, approaching the new game Euro Truck Simulator 2; SCS calculates that this means an increase of 75% on the roads outside the cities, so I imagine that the size of the populations will not be affected, in principle, by the change of scale. If they say that they will have “more space for future expansion in densely populated areas”, and also weigh the possibility of retouch areas that were limited by the scale to increase your realism.

They bring this image to make us an idea of the increase: 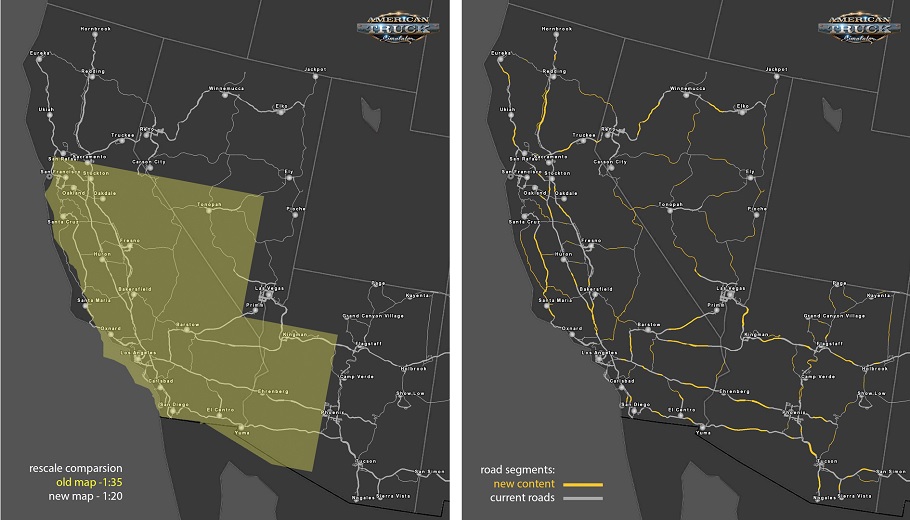 «However, there is something we need you», warn: patience. Is going to take several months to rescale the existing world before moving on to create completely new areas and the DLC. Maps designers are, in fact, already working hard in the project’s aspect ratio change».

SCS celebrates that the game has worked well in stores early on, which will allow them, explain, to map long-term expansion plans without having to worry more than account for the coffers of the study. “In the midst of all this, our hope is that the company grows enough to have two maps design teams working in parallel to grow North America both northward and eastward at the same time, they say.

Here you can read our analysis of American Truck Simulator, in which we explain why it is the best™.

Previous G2A responds to accusations of TinyBuild
Next Less than one