Codename: Gordon, the Half Life 2D triumphed on Steam 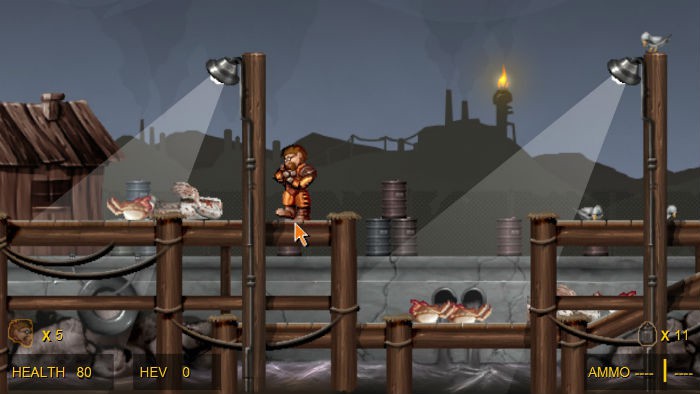 By the end of 2004 the videogame world lived a real revolution: Half life 2 was published in final form. This fact was important for himself, but also by another that seemed more a nuisance than anything else, the need to install Steamand accessory. I remember that this first version of Steam, then install was somewhat frustrating and all tort, since it was not able to understand why if I had bought the game had to install a program to play half-life 2.

By then my connection was 56ks and install through Steam files needed for Half Life 2 was a process slow and tortuous. Who was going to tell me that years later the platform was going to transform into one of the key elements of the video game industry. But beyond this question, that primitive Steam still kept a hidden secret that many users would provide a few hours of fun. 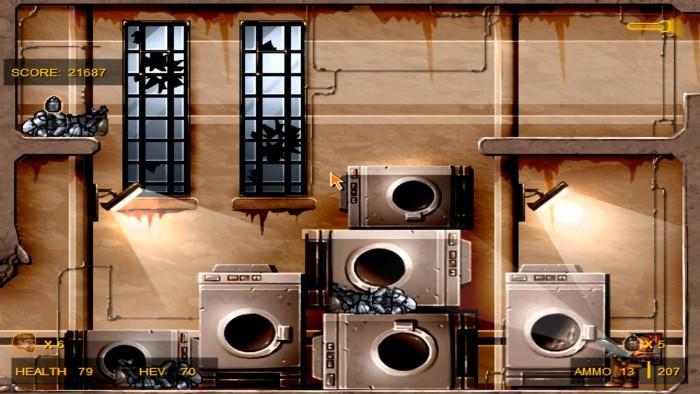 Overcome once the need to devour Half Life 2 curiosity led me to analyze with a little more than detail that was that of Steam. Somewhat surprised I could see that along with half-life 2 appeared in my library some additional games such as Counter Strike, the Half Life Deathmatch and something called condemn me: Gordon that caught my attention. Intrigued he came to install it and to my surprise was a pleasant discovery.

Codename: Gordon was a sort of Half Life 2 in two-dimensional reimagined as a side-scrolling action game. Its particular casual style and his jocular tone turned it into something unique, together with a good gameplay did to that little game became something tremendously addictive, but above all, unexpected. In fact, even its creators Paul “X-Tender” Kamma and “Warbeast” Seidel Sönke waiting for the success of your small game would reap.

Codename: Gordon did as the promotional face title to half-life 2, but far from being a purely advertising strategy came to become a phenomenon. In fact, the own Gabe Newell thought in launch Codename: Gordon during the day of the innocent making it pass as Half Life 2. A joke that did not materialize, but that may have been one of the coolest and most cruel of the entire history of the video game time.

Beyond its light-hearted nature, the truth is that in just over three weeks this little title that was initially going to be a joke came to Captivate more than 600,000 players. A game whose virtues were beyond being decorated in the fashion of the moment franchise. And is that Codename: Gordon was an action-packed, addictive and simple game, a winning blend that did exceed any expectation that had had with this title. However, not all were light, since in spite of its simplicity, its performance was not all good on more modest computers and their optimization was not the most desirable.

In it we encarnábamos to Gordon Freeman in an adventure with a structure similar to the view in half-life 2, but with the multitude of licenses. In fact its creators took inspiration in various trailers and advertisements of the game make this title, together with elements of the first installment of the series. Codename: Gordon was structured in chapters on which is was our peculiar history and even though we ended up the game we could access an additional episode that was little more than a mini-game. Even so, it offered much more than what could be expected at first.

Faced with this situation, the creators of Codename: Gordon thinking in continuing to develop this title, although eventually these desires have not materialized. A chapter additional was planned, but finally was cancelled due to the bad situation to which had reached this small study. The periplus of Codename: Gordon ended formally in 2008 when the game was retired officially from Steam. The reasons for deletion were different, but one of the most decisive was that after the abandonment of the game by its creators, the banner ad that was integrated into the game based websites of various kinds, even pornographic. 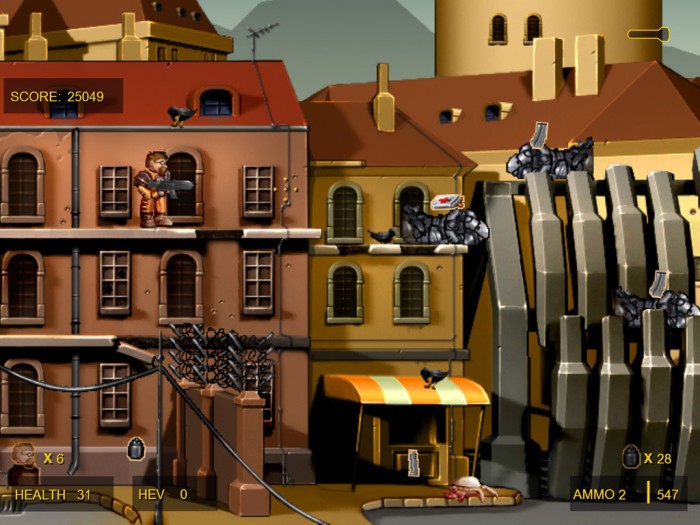 Nevertheless, today still can be installed and play Codename: Gordon on our PCs, though the process is somewhat unique since it is still in the database of Steam. The process is not too complicated, although it seems not entirely sure, so it is left to the discretion of each risk to install it or not. In any case, what no doubt is to be a fan game we can make without fear of being wrong that Codename: Gordon was the Half Life 2D triumphed on Steam.