Breaking News
Home / News / Do Not Feed The Monkeys, the new and unique project of Fictiorama Studios

Do Not Feed The Monkeys, the new and unique project of Fictiorama Studios 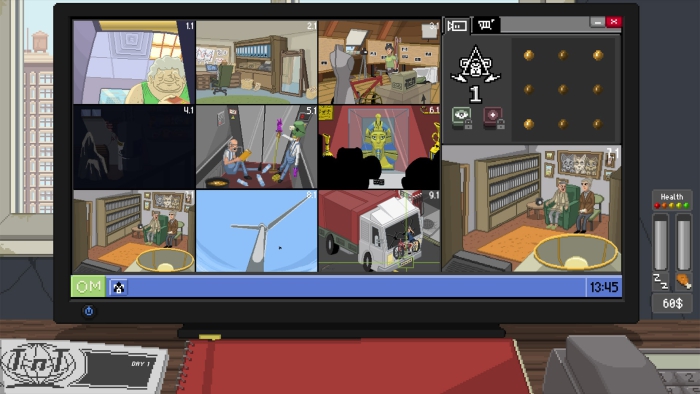 Fictiorama Studios is already working on a new project, and although unfortunately it is not the continuation of Dead Synchronicity, seems to be much less interesting. Under the name Do Not Feed The Monkeys, the Studio is developing a title that seems that it is halfway between The Stanley Parable and Papers, Please by its almost experimental proposal. This title puts us in the skin of a society dedicated to observe people that through cameras.

A concept little exploited as such in the world of the viedeojuegos, although not so much in other formats as in the Simpsons in cinema television, but from a point of view more sordid beset, or literature with 1984 and his Big Brother. Do Not Feed The Monkeys will allow us to decide on the lives of those we see, allowing them to help achieve their goals in life or on the contrary, hinder them so that they will not succeed.

Since then the concept of the game moves in a field close to the experimental and are pleased to see how the Spanish studies dare with riskier proposals. The aesthetic pixelated gives it an interesting retro touch to Do Not Feed The Monkeys and that contributes a little lightness to such an important issue as the privacy and with more philosophical projections as of the free will.

At the moment there is a release date determined for Do Not Feed The Monkeys, since the project seems that it is under development, although it seems that it will be released this year. Without knowing much more data, the truth is that the approach is interesting and quite groundbreaking, so will watch next advances of the same.

Tags Do Not Feed The Monkeys fictiorama-studios PC

Previous Nintendo plans to double the production of Switch for the next fiscal year
Next Climax Studios: “Xbox Scorpio and Playstation 5 will have photorealistic graphics”