Don’t Starve Together: A New Reign to Chalie enters its last update 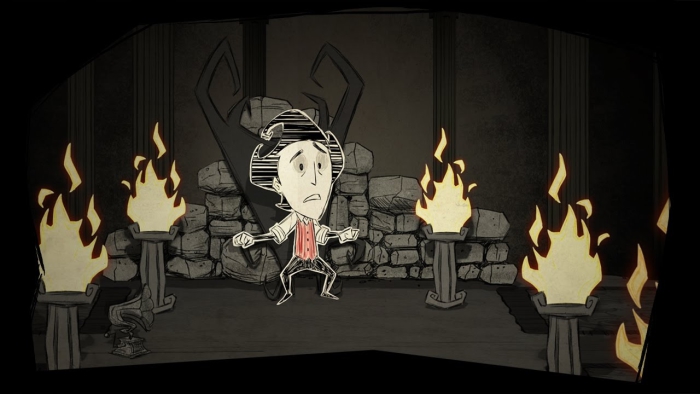 Don’t Starve Together receives the third part of its expansion, A New Reign, with a patch full of novelties and challenges for this title: survival. Once more Klei Entertainment raises the difficulty of the game by adding additional heads and new secrets that delve into the plot of Don’t Starve. All these contents are already available in this free expansion for Don’t Starve Together.

With this patch, players can put face of once for all “Charlie”, the dark entity of Don’t Starve which leads to our characters to insanity and death. But as we pointed out at the beginning, this singular world adventure we can confront new bosses and if we do not die in the attempt, obtain their coveted rewards. Additionally, this update introduces improvements in the biomes and dark secrets in caves.

With the arrival of this latest update, Klei Entertainment terminating their work with Don’t Starve Together: A New Reign. That does not mean that you leave this title, but that the volume of updates can descend notoriously, at least in the short term. It should be noted that the creators of Don’t Starve still have ideas in the pipeline and which could be introduced in the future.

In this sense, much of the content promised with Through the Ages still not have been introduced, so that Klei Entertainment could go on in this way. The other option, although it is more difficult to add in any way the contents of the Shipwrecked expansion, although at the moment this seems more a utopia than a real possibility. In any case, A New Reign provides sufficient challenges for Don’t Starve Together stays fresh and challenging, at least for the time being.