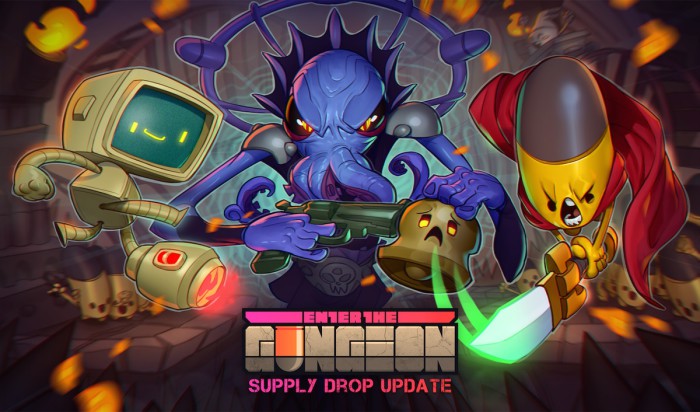 Enter The Gungeon was one of the most amazing independent titles of 2016. His casual style and his crazy proposal of a roguelike developed in a world shaped by weapons managed to Captivate fans and became one of the releases star of the moment. Now, after many months of silence, its creators back to update this title with a patch with a nearly endless amount of content.

This patch, called Supply Drop, introduces more than 200 new rooms to explore in Enter the Gungeon, as well as more weapons, enemies and bosses to defeat. A endless content that substantially lengthen the life of this title. In addition, this update is completely free, which makes that no excuse there is not to go back to give it a try to this title, both in its PC version and the PS4.

But that is not all, since it is apparently developing a full expansion for Enter the Gungeon that will bring many more content to this roguelike. That Yes, it seems that its launch will not occur in the near future, since its creators point out that it would be published at the end of 2017, or early next year. Long time ahead, although thanks to Supply Drop pending will be something shorter.

Enter the Gungeon is a Dodge Roll and Return Digitalproduction. The participation of the latter tends to be indicative of the quality of the product, because as editor of indie games is a very successful criterion and with this latest title seems to have been successful again. Since its launch, Enter the Gungeon has sold more than 800,000 copies.