Fighting with weapons of fire, chainsaws and explosive in Resident Evil 7 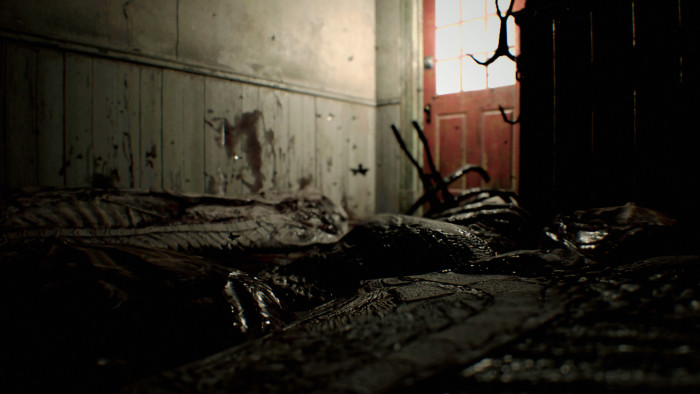 The surprising presentation of Resident Evil 7 in E3 2016 during the Conference of Sony us caught to all unawares. A development of action either an adventure could be expected to the Revelations, but not something like what is shown.

And it shown not is far much of a return to the origins, but in format in first person. The voices contrary to this game wield that rather than Resident Evil seemed an Outlast and regret tell them that the gameplay not going to be comparable. Grab you that come curves and a small spoiler on the name of the protagonist-unpublished in the saga-.

According to the system of evaluation of ESRB, Resident Evil 7 will be a survival horror in which players assume the role of Ethan, a man in search of his wife in a tortuous mansion. From a view in first person, the player will explore the environment using pistols, shotguns, flamethrowers, explosive and chainsaws to kill to creatures mutant. He fights is accompanies of shootings realistic, cries of panic and some exaggerated effects of splashes of blood.

The description goes on to describe that as the plot advances represent scenes of gore and acts of violence. This includes dismemberment and empalamientos an area decorated with mutilated bodies exposing their organs and viscera.

So is constancy, Resident Evil 7 not will be a title passive as in Outlast and in addition, will have puzzles, resources limited and elements classic of the saga.

Honestly, I like much what is has shown of the game and the information that has gone releasing Capcom of the game.