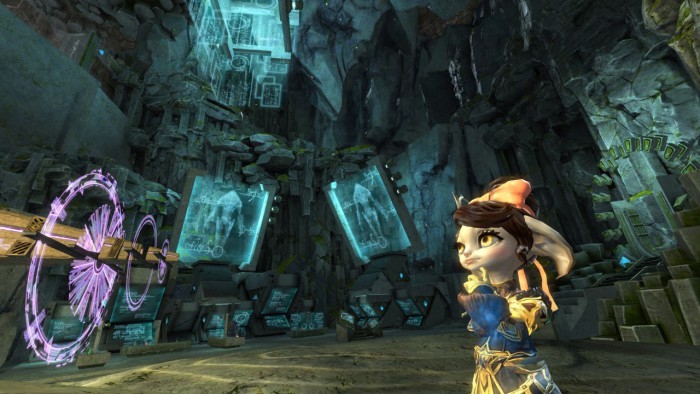 Guild Wars 2 premieres its third season of the living world with its latest patch. This update begins a new story arc that presumably will culminate in the future with a new expansion for the ArenaNetMMORPG. A patch that is highly anticipated by most of the players of this title were already asking for new content. And as they say, “said and done”, since the Studio has published one of its most ambitious patches to date.

In addition to all corresponding to this third season story arc, ArenaNet introduces an additional map where players can perform events to get additional rewards. This series of activities are accompanied by achievements that extends the useful life of this area. Perhaps the only downside we can find is that very unattractive is a map visually, but in any case is grateful to have additional areas to go into the world of Guild Wars 2.

Another new feature that adds this patch for Guild Wars 2 is the renewal of the fractal dungeons and the incorporation of a new. This new mini Dungeon takes elements borrowed from the rest of fractals, which somehow recovers the old component of randomness, although much more limited. As a Dungeon, it’s interesting and certainly adds variety to the game, rather than the more veteran players are very needy.

On the other hand, ArenaNet rescues PvP map “The revenge of the Capricorn” adapting it to the needs of the game and deshaciendose of the elements that were not attractive to the players. In addition, the combat between players system has been redesigned to make it independent of PvE, in such a way that both facets can develop fully without interfering with the others.