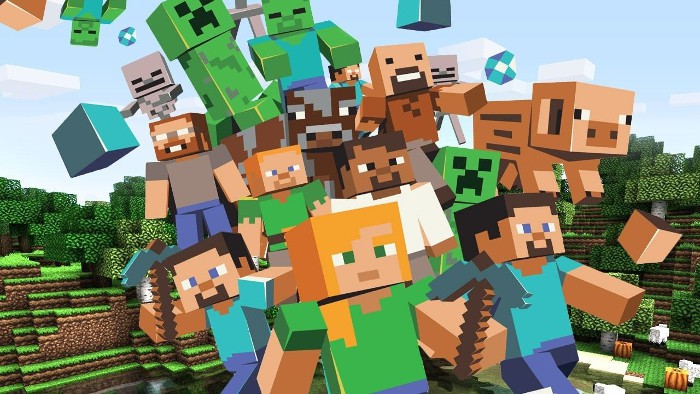 If we were to mention one of the most famous games of the last few months, there is no doubt that Minecraft would be one of the most voted elections. And is that the title of Mojang AB has come much further from what you might think at first. Available for different consoles, in addition to the version of PC and mobile. Recently, the developer has released an infographic that can be observed in some of the most interesting statistics.

Speaking in a general manner, the different editions of Minecraft have sold more than 100 million copies. The country where most had is China, although we must keep track of places like India, United States and Indonesia. In Europe, has also had its particular success, although it should be noted that the best-selling Edition is the mobile, followed by those of consoles and PC. 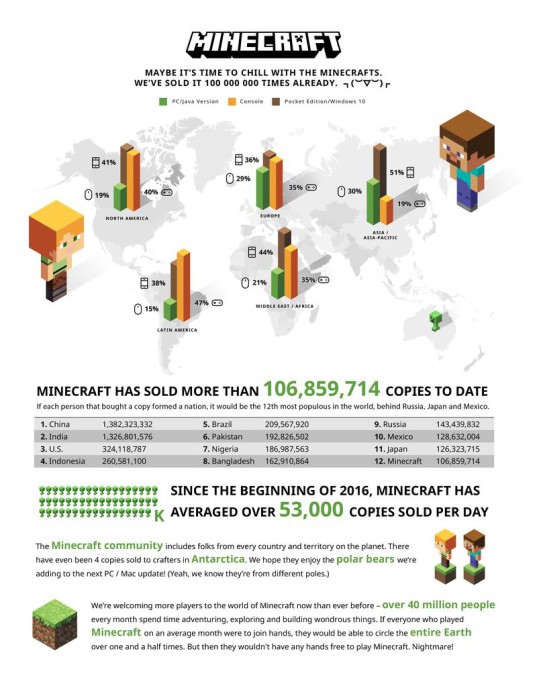 We continue commenting on the graph: beginning in 2016 have been sold, on average, 53,000 copies daily. In fact, this allows that there is an average of 40 million people connected to the game, per month, from any of the versions. The project is being used even in areas such as education and medicine.

The success of the brand Minecraft is big, huh? Do not forget that there is also merchandising, although sales of the same have not been included in computer graphics. No doubt, however, that articles based on video games are expanding continuously.

Minecraft it is and will continue to be a success. At least for the moment. Keep in mind that continually new content, they are launching so it is clear that we never use. A project to keep in mind. Do not forget that is on sale for Playstation 4, Playstation 3, Xbox One, Xbox 360, PC and mobile phones, among other platforms.

Previous APB Reloaded has returned, this time for Xbox One
Next Special Ratchet &amp; Clank: a rebirth for the saga