Phoenix Point is the spiritual successor to the original X-COM 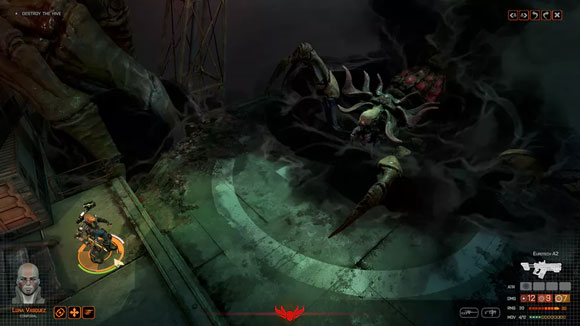 Julian Gollop, one of the designers of the original X-COM in 1994, announced his new project, Phoenix Point: a spiritual successor to the game that is known seeking collective funding through Fig.

Phoenix Point is a game of turn-based strategy in which mankind is facing a “terrifying alien threat’. Sound familiar. Within the game, each mission involves groups of four or more soldiers who turn-to-turn, must face enemies that you find, that «mutate and evolve”as a response to the decisions of who plays thanks to a procedural generation system that will make them more apt to survive. It is an interesting idea which one can respond by customizing and improving their units, also progressing with the experience they gain in combat.

Looking for a mix of the reflexivity of the tactical game and the presence of the most cinematic moments of recent best representatives of their gender; about tone and intentions it speaks in the video that presents the campaign of Fig, this you have here below:

Again, it sounds more or less familiar, details aside. The own Gollop acknowledges in an interesting interview with Glixel that the existence of Phoenix Point and its viability as a collectively funded more than endanger if not for the XCOM of Firaxis, which is setting with your own game. Mentions the designer some ideas 4 X and open world has rescued X-com: Apocalypse, of 1997, which “was set in a single city, but had an interesting social and economic organization”:

The world of Phoenix Point is more complex than “us versus the aliens”. There are a number of factions human competing against each other for resources, and they have their own technologies, objectives, methods and plans to deal with the alien threat. That is the world in which you enter, and going to go things even if you don’t do anything. If you want, you can just see how things, happen but probably not you get it right. You have to find a way to intervene and empathize with those other human factions if you want to succeed.

Thus becomes the mixture of The Walking Dead, by the constant and ubiquitous threat and their clashes with the most direct problems that form between humans, and cosmic horror by Lovecraft, which lately is common in video games and Gollop mention the influence of life: from the first X-COM, explains in the interview It has tried to modernize the subtleties of their literature.

There are other ideas, like fighting with bosses, ending to a pretty appealing shape the project, where work Snapshot Games, the Studio founded by the own Gollop in 2013. Crowdfunding campaign almost has just begun, as they say, and has already been raised 60% of its goal of $500,000.

Previous There are indications of a new offensive by Vivendi to control Ubisoft at the end of year
Next Atelier Firis analysis: The Alchemist and the Mysterious Journey