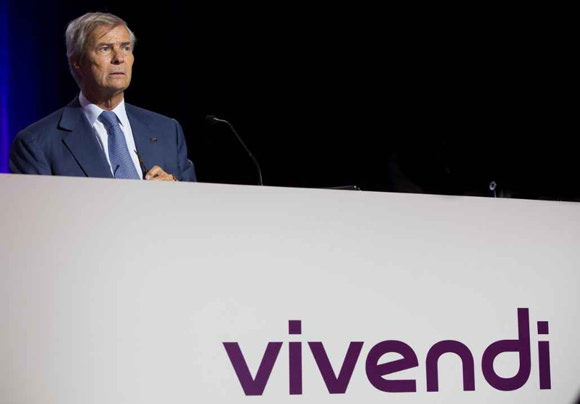 It seems that the soap opera between Vivendi and Ubisoft has not finished, that it’s a prolonged cold war that only end up as just a cold war: one of the two is crumbling or reach the hands finally. The last episode of this issue that we collected here were the warnings of Ubisoft last fall, fearing to lose the ability to innovate if Vivendi did with the helm of the company. Yves Guillemot rants among employees campaign is still fierce: no shortage of slogans, badges and circular internal, almost as a resistance movement working against large corporations, are worth the perverse irony.

The case is that it’s been six months since the public fears and almost a year demonstration since Vivendi announced that it temporarily garaged its strategy of buying shares until you reach the heart of the company, and the waters have remained quiet since then. Until now.

Yesterday Reuters published an exclusive report prepared by Mathieu Rosemain and Gwénaëlle Barzic casting hand of two sources directly involved in the issue to come to a clear conclusion: the giant Vivendi is preparing to reactivate their plan of shareholder cannibalism and, indeed, accelerate it face made with control of several videogames and advertising companies. The reason seems that it would be related to poor performance the past few months and a stagnation in the value of their shares, something that would have encouraged Vivendi to resume his role as more aggressive with so to reassure its partners.

Vivendi has spent 15,000 million euros in the last three years only on purchase actions and acquisitions of companies, including recent investments in Italy, where it has already done with part of Telecom Italy and 28% of the giant communication Mediaset, founded by Silvio Berlusconi. The goings on Italian territory, that Yes, it seems that they have brought him more setbacks than anticipated, and are part of the reason why the Chairman of Vivendi, Vincent Bolloré, seeks a.

The two sources consulted by Reuters raised two possible scenarios in which year is: the first and most likely is that Vivendi ends rounded off its offensive against Ubisoft and Havas, making the percentage of enough shareholders to control the distribution and the multinational advertising; and the second, which Bolloré refuses to pay any price for Ubisoft and temporarily diverted his attention to objectives in China.

Ends as this matter is finished, it is clear that Vivendi has it is sworn to Ubisoft and that it is only a matter of time that absorbs it. If it is not in its current form, perhaps in the future. Because there is a detail that is important not to forget: only Vivendi aims to grow and expand in all directions, so its size and its economic power are in perpetual growth. As he sang the Devil’s Fallen, time is on their side.