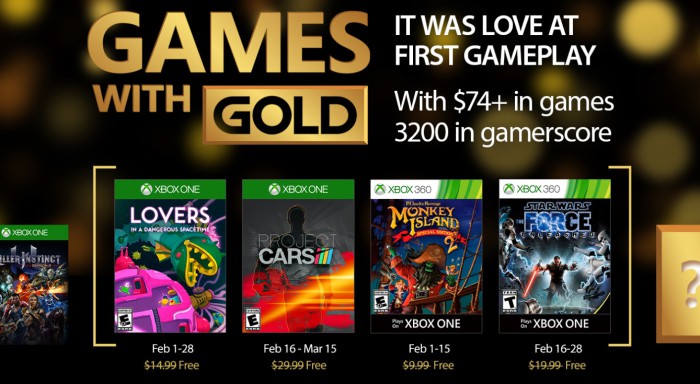 What month has brought Microsoft Gold games for February. We have a variety of genres and some very powerful titles. We are going with this.

For Xbox One Star of the month is the digital version of Project Cars. A great game as the top of a pine tree. Flood simulation options, vehicles and fun. Lovers in a Dangerous Spacetime it is a simple game in its construction, but encloses addiction and with friends is a pump.

On Xbox 360 and hence, also for Xbox One being retrocompatibles, we find Monkey Island 2, a game which I think that you don’t even need to write. Magic. And we closed the month with Star Wars: The Force Unleashed. It is not the best game based on the Galactic saga that we have played, but worth a try and maybe you engage.

This is really what is demanded of a service of this type. As well, Yes.