Breaking News
Home / News / Remedy is developing the way history of Crossfire 2, one of the most popular shooters of Asia

Remedy is developing the way history of Crossfire 2, one of the most popular shooters of Asia 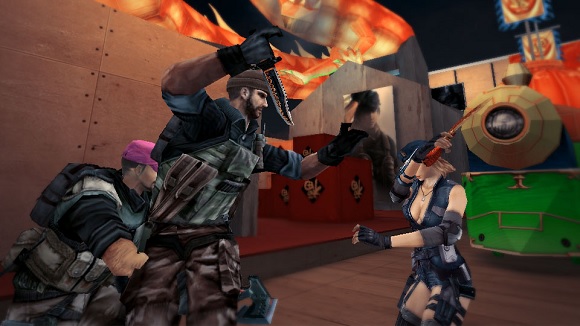 Story mode Crossfire 2, the sequel to one of the shooters most popular multiplayer in Asia, is being developed by Remedy Entertainment, creators of Alan Wake and the recent Quantum Break.

In a note posted on its website, the study explains that «the entire team» «is very excited to be an essential part of the development of the future of Crossfire series». Smilegate, makers of Crossfire, «elected Remedy to take our unique blend of narrative, memorable characters and original gameplay to the global audience of Crossfire».

“We have been developing this project some time and we could not have more eager to show you what we are working on», says Remedy. Also they say have “much freedom» working with Smilegate; We can expect, according to Remedy, “a great story and memorable characters in a military FPS”.

We are creating the storymode with a lot of freedom. Expect a great story and memorable characters in an military FPS from us. #Crossfire2

Crossfire, the first part, has more than 500 million registered users in 80 countries of the world; his popularity enough to have generated, according to an interview, more than 1,300 million dollars in 2014, this is, that year fundraising record. The second part has no release date yet.

Remedy is not the only Western study that is in Crossfire: Starbreeze announced earlier this year a millionaire agreed to develop a game using their engine Valhalla. Then spoke of a «first personshooter premium», what he did think it would be another free-to-play.