Return Digital has presented Minit, the game that is working on the supergroup of development formed by Jan Willem Nijman, of Vlambeer, Dominik Johann, Crows, Crows, Crows, Jukio Kallio, who has made Nuclear Throne, Luftrausers music and other games, and Kitty Calis, producer at Guerrilla. Above you can see the first trailer.

The premise is simple: Minit is an adventure which plays sixty in sixty seconds. When it happens this time, the character protagonist suffers the effects of «an inconvenient curse that just every day after only a minute». «Leaving the comfort of your home» and explore the world of the game to find a way to stop the magical punishment aims.

The game will be released on PC “and maybe consoles», says return in 2017.

The idea of Minit, discovers a little investigating, comes from Minute Adventure, a game created at full speed for an Hour of adventure game jam . There is even what could be considered a prototype, available on the website of the jam, with graphics more colorful and where the main characters are Jake and Finn, the heroes of the animated series. The crabs enemies are maintained, that Yes. 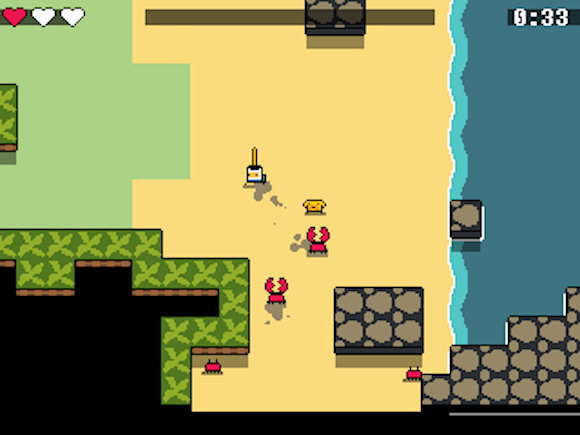 Previous Hitman: so it will be difficulty professional to be released next week
Next Apocalypse Now comes to Kickstarter for the hand of Francis Ford Coppola