Star Ocean 5: Integrity and Faithlessness comes to the West 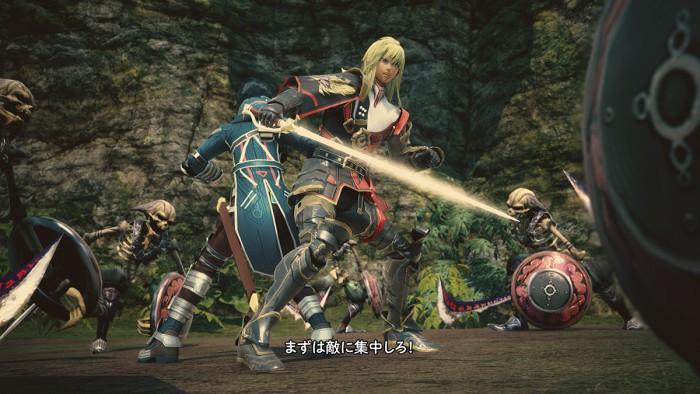 There is little for the arrival of Star Ocean 5: Integrity and Faithlessness, the new title of Square-Enix (developed by Tri-Ace), for Playstation 3 and Playstation 4 console.

Star Ocean 5 will be the delivery that precedes the video game Star Ocean: The Last Hope, and keep the journey of a franchise that began in 1996 with the first Star Ocean.

If you are accustomed to Star Ocean, the fifth title won’t be you outside in a matter of gameplay. The battle system remains similar, with the player using one of the seven characters of the group, and sharing that we use. Some of the features of previous chapters are also rescue to adapt them to Star Ocean 5. Moreover, the difficulty of the AI of the enemy characters has increased slightly, returning more comprehensive and complex behaviour.

If you are interested, don’t watch the launch trailer.

Among other improvements that we will know once reaches the title, Star Ocean promises to have differences over their predecessors in the combat system and the narrative. Their argument, even though it is simple, presents an enormous potential: we are on the planet Faykreed, with Fidel Camuze, Miki Sauvester and Relia. These three young people will be required to participate in a huge battle that is expected to change the fate of the planet.

Also, remember that Star Ocean 5: Integrity and Faithlessness will have a Special Edition, Valkyrie Profile that will include five downloadable content and two songs from the show.

The normal Edition will be released at a price of 59′ €99 on July 1. You will reach West with translations to English and French. Still is a pity that the Spanish have stopped along the way.