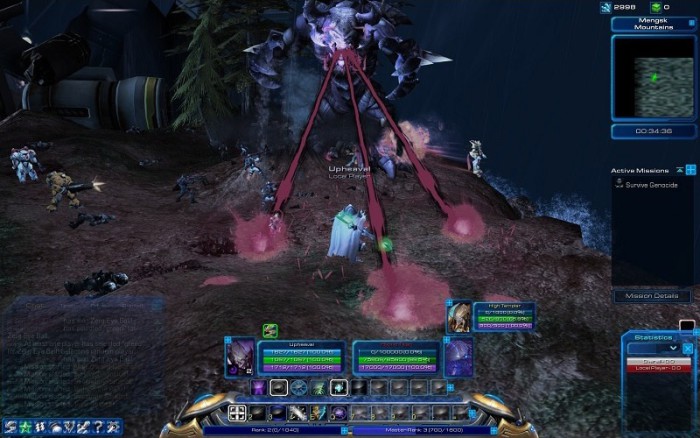 StarCraft Universe is perhaps one of the most ambitious and turbulent world modder projects. A project that was born more than three years ago as a MMORPG called World of StarCraft, and that following the intervention of Blizzard, ended up turning it into what is today: a persistent world in StarCraft II. After passing through a crowdfunding to obtain resources to carry out this Titanic mod, the end of the trip is getting closer.

StarCraft Universe opens its process of open beta through which all stakeholders will experience first-hand this particular MMORPG. For this only will have that dispose of a copy of StarCraft II or a version “starter” of the same. Both options allow us to access this beta open on which can access the introductions and the first chapter of StarCraft Universe.

StarCraft Universe is not developed within the official Blizzardplot, since it raises the player a temporary alternative that the Protoss failed in his attempt to save the Galaxy, breach of the prophecies and transforming this universe in a far more dark and terrible place. For this vertebra its playability from a point of view in third person very close to what could be a mmorpg to the use.

Is suitable noted that StarCraft Universe has with the approval of Blizzard, by what those that will immerse in this project not have that fear that the company Californian it closing. We must highlight the limitations offered by the game, due to be carried out with the StarCraft 2graphics engine, but the work is sublime. In any case, we have a very interesting mod that certainly worth a try.