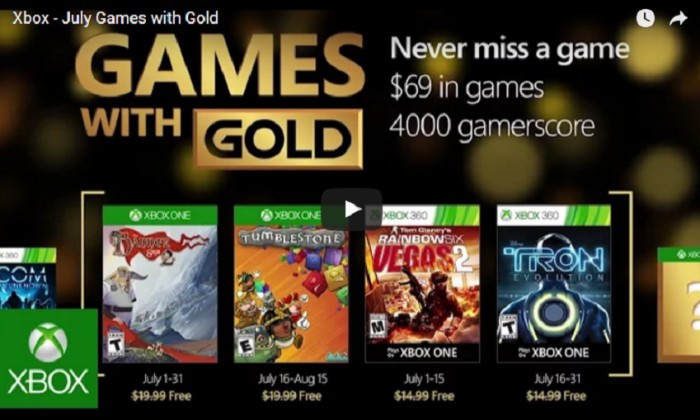 In midsummer, Microsoft has made official the list of games that will become part of the catalogue of Games With Gold for the imminent month of July. It is not an explosive list, but there are quality games.

The Banner series 2 is a title as round as the first. An epic of shifts with Vikings and an interesting plot. It is certainly the star of the month for Xbox One. Rainbow Six Vegas 2stands out on Xbox 360. A game well checked and stamped by the Tom Clancy factory.

Tumblestone is the other game that adds to the catalogue of One, but I could not test it and sincerely do not call me too. TRON: Evolution closes the month. It was not a wonder, but at the level of plot was holding very well the type and evolution of character system was well designed.

Global computation for July in Games with Gold: