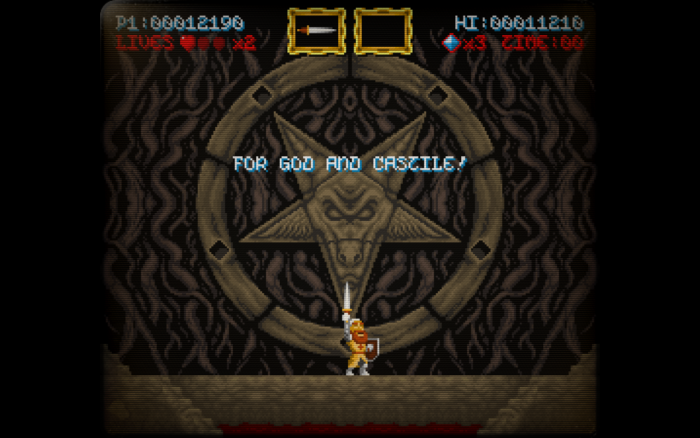 For owners of an Xbox One, there is a huge and pleasant congratulations: this console it will be the first received the title damn Castilla EX, the port of an independent video game based on the huge and magnanimous series Ghosts ‘ n Goblins.

This game, in principle made to computer, but also for his transfer to amusement machines, thought it emerged as a tribute to the 80 ‘ platform games. In this side-scrolling, we control Don Ramiro, with whom we will face with the avalanche of enemies from Tolomera of the King.

Developed by Locomalito, this platform in 2D with so many classic reminiscences will gradually landing on our consoles. Or that is to him.

There are eight different levels, nineteen bosses, and more than forty types of enemies. To this, you must add the presence of four different endings depending on our journey in the game, and fifteen achievements. As a perfect, we will have the opportunity to see a bestiary, which will explain the history of every creature from the game. In addition, the audio has been completely renovated, with new songs that make up the soundtrack.

In addition to the announcement, Abylight Studios has announced a small teaser to show more of the content of the game.

Previous Take swords, there is already a new Ninja Gaiden in development
Next The Banner series 2 and Rainbow Six Vegas 2 among games Gold for July