The mascot of Kojima Productions is a human character

If you explain to any other types of press fellow that I am writing a story about the seemingly human nature of a company logo, a couple of slaps me fall fruit of misunderstanding and perhaps also a little reason. But you know that Hideo Kojima is Hideo Kojima and that this good man never misses an opportunity to deploy this kind of extravagance that here we call “kojimadas”. And this is a kojimada of drawer.

Reload podcast of a few weeks ago Pep and a server already talked a little of the topic, very unorthodox design of the logo, but above all of the artwork that the study published where he gave weight and shape to the topic: the kojimada of developing such a scheme, that skull inside a kind of futuristic town of war in an astronaut called Homo Ludens with a flag and a pseudorrealista appearance. And above all the kojimada more kojimesca place on his shoulder the words «EXTRA-VEHICULAR SUIT CREATIVITY», knowing the crazy Director we already know that you have little chance: If creativity «suit» is the study, this ‘vehicle’ which it leaves the character to enjoy autonomy using the costume has to be, necessarily, Konami. So, as it has already done in some of their recent games, Hideo does not lose the opportunity to filter out any hidden reference, any allegory. 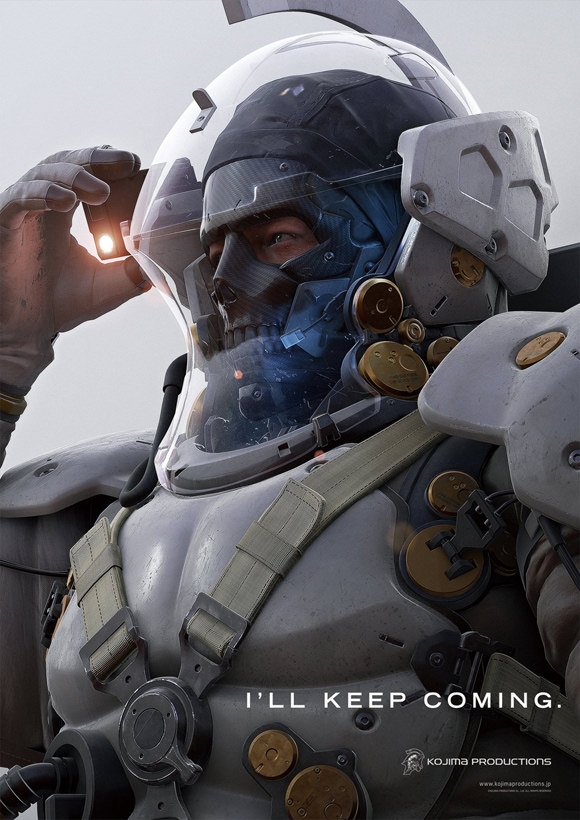 Kojima Productions has become nowadays to publish a new image of your pet, one that provides a very important fact: the skull inside the helmet is in turn another mask, and it seems that occupied the costume is a human being or at least partially human. In normal conditions this should matter a damn, but must take into account any contextual information: one, we are speaking of Hideo Kojima; two, are five days of E3; and three, the study still has not announced its first game since it started as an independent.

The progression of the Homo Ludens, with this last played card images, has all the earmarks of being telling a little story, be creating a narrative for finally revealing his first title of the era post-Konami. We already know that it is not an image taken from the still unknown new game, but you’re ‘you have free to imagine whatever you want’ is the same, ambiguous and clever, essence of the latest promotional strategies of projects where Kojima was involved. Sony (in the early hours of Tuesday) Conference, could get out of doubt.