Breaking News
Home / News / The Wit.nes is the latest game from Jonathan Blow NES the demake

The Wit.nes is the latest game from Jonathan Blow NES the demake 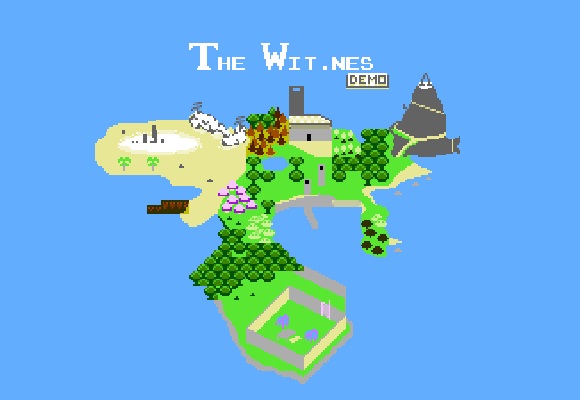 Dustin Long, alias dustmop, has released a trial version of The Wit.nes, a very interesting project: demake for purposes of The Witness, the latest game from Jonathan Blow. It is available at itch.io.

«Developed in two months», says its creator, “this NES ROM is a reinterpretation and homage of the original work. Directed not only to players who are not familiar with the rest of the game and want to learn how it is but also to veterans needing a new dose of panels that solve».

The demo includes only the first area of the game, but the idea is that the final version has 32 puzzles spread across 16 maps.

Long recommended some emulators on the page of the game; It is also possible to use Powerpak Everdrive to run the ROM in an original NES. More than one has already done that, precisely, and on Twitter, it’s easy to find graphic evidence. Very nice, if I ask to me.

the witNES, the way it’s MEANT to be played. on a magnavox, through to famicon. @dustmop pic.twitter.com/ciXMW7kNve

It is not the first Long contact with the development for NES, by the way: last year published Star Versus, a «shooter competitive one against one “for the veteran Nintendo console with which he and his team bet hard, not only developing for a retro console but publishing the game in cartridge, directly.

If you ask you what Jonathan Blow everything thinks this, by the way, gives the impression that you liked the idea of the demake: myself I learned of the existence of The Wit.nes by a retuit of Blow.

Previous The new DLC for Surgeon Simulator allows to operate to Donald Trump
Next Trailer of The Zodiac Age, the remastering of Final Fantasy XII for PS4