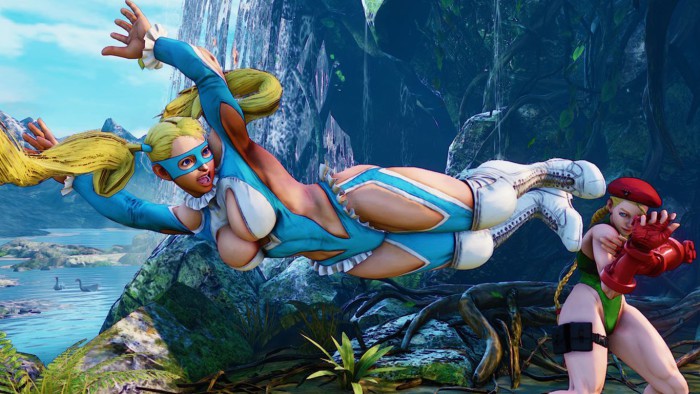 The end of Street Fighter V EVO2016, as all the finals in sports video games, has been worthy of some criticism as a matter of slight censure in the final stage of the final.

The runner-up, Fuudo, had that choose a costume alternative for the greater part of fighting that played in the end. Instead of choosing the classic suit by Mika, it fought with alternative clothing. Let us remember that it is not the first time Mika receives some kind of censorship during the stage in Street Fighter V.

For what this problem? According to Ryan Harvey, official translator in the tournament, the use of standard Mika ‘revealed too‘ costume. After the first battle of Fuudo, he had to continue to use your main costume alternative, of the same color, but more ‘covered’.

ESPN was who took charge of the transmission of the tournament to boost participation and importance of eSports, and who imposed this measure to the player.

Do you you think? It was an inappropriate outfit? Given should have him freedom, taking into account that this is the game, or ESPN acted well making this censorship?

If you want to know how finished the tournament, and who won the final controversy, enjoy the video.

Previous More titles on Xbox One retrocompatibles!
Next Published the Kojima Productions intro