Warhammer 40.000: Dawn of War 3 Announces its launch for April 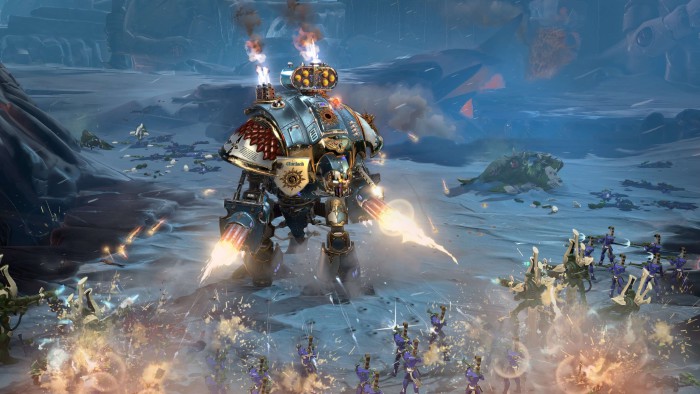 After long uncertainty over one of the most anticipated releases of strategy of the year, we can now confirm the release date of Warhammer 40.000: Dawn of War 3. The chosen date is April 27, time from which this RTS will be released for PC to the delight of all the fans of the saga. A special release, not only by the return of the saga, but also to see how it will adapt the playability of the forty-first mileno on this occasion.

One of the characteristics offering Dawn of War 3 from its predecessors is the integration of components of style MOBA in their games. In this way Relic Entertainment intended to boost the strategy genre at the time included in the formula one of the genres of fashion elements. A major change in what relates to the gameplay and that seems to work, although it is perhaps too different for those who expect a return to the origins of the saga.

To achieve this goal, the use of the basic unididades as “cannon fodder” is reinforced at the time that it reinforces the importance of the considered elite. The latter are limited but are responsible for triggering the biggest fire on the enemy power and have a greater impact in the game. Some troops who are reinforced by the support of large units mechanized as the “gentlemen” or “orkos pizoteadores” which become one of the axes of Dawn of War 3.

This facet MOBA is especially significant in Dawn of War 3multiplayer mode, but it will also be present in the campaign. This change, in addition to trying to be more attractive to the players, aims to boost the confrontations between players and prevent tactics such as the “rush”, being necessary goals before to attack the basis of our rival.

Previous Nintendo already talks about a reduction of price of Switch
Next Sniper Ghost Warrior 3, delayed until April 25 to improve development