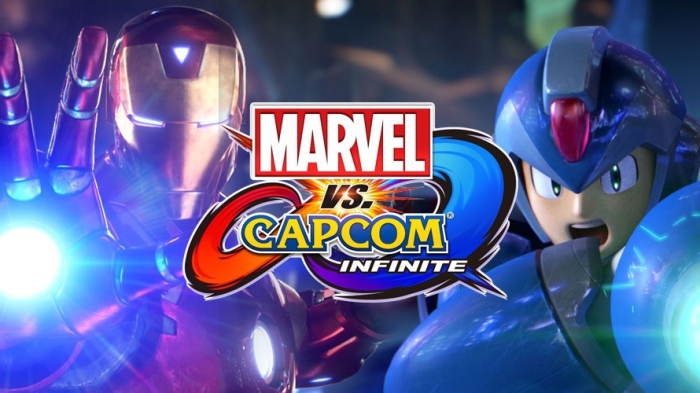 Capcom retrieves his most famous fight crossover in which the characters face in good lid star of his different franchises superheroes and villains of Marvel. A saga that however is not of the best known, although following the success of the latest Marvel movie, perhaps this latest installment comes to become one of the most popular.

Marvel Vs. Campcom: Infinite presents an accessible but with enough depth fight game so that fans and veterans can enjoy this game. One of the main innovations offering this new release is the addition of a mode story. These two universes come together due to the merger of two villains from both worlds, giving rise to Ultron Sigma. A plot in which the infinity gems have transcendental importance, not only at the plot level, also in the playable. 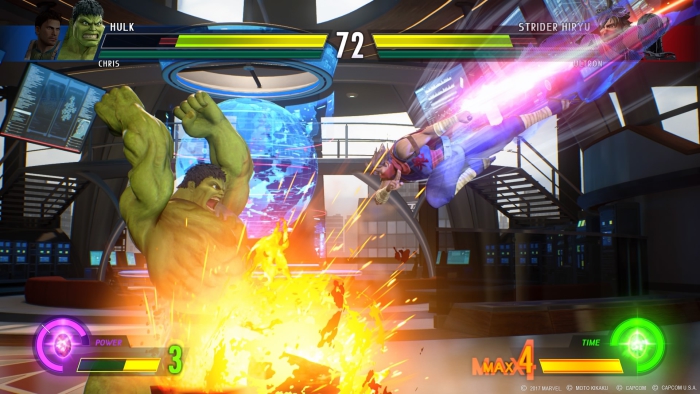 The infinity gems are a key element in this installment

And it is that these gems can empower our character offering him different powers. For example, one of them increases our damage, another allows us to attract to our enemy and the third to move quickly across the stage. The final version will offer 6 of these gems, but we only got to try the above three. These gems used correctly, can be a very powerful tool when decanting a fight in Marvel Vs. Campcom: Infinite.

As we have mentioned before, the fighting system is quite intuitive and affordable for novice players. In this sense, the AI of Marvel Vs. Campcom: Infinite us was not too challenging, although perhaps in the final version of the game of the same difficulty level can select. Nevertheless, it is a good “sparring” when it comes to test combo attack, or simply a new character. 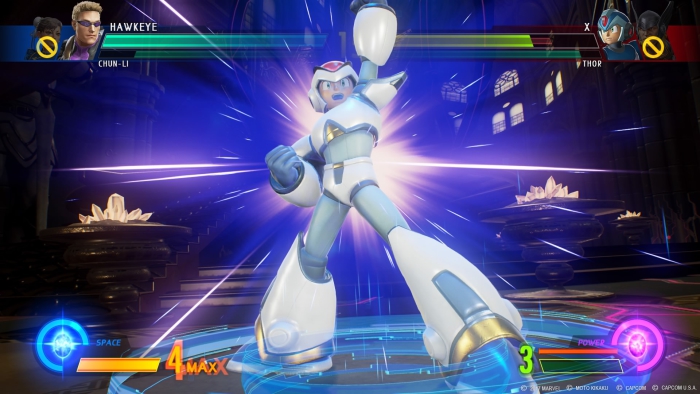 And is that the cast of fighters of Marvel Vs. Campcom: Infinite comes fully stocked. The characters previously announced, in the version that we have been tested have been added other 8: Ultron, Hulk, Thor, Hawkeye, Chun-Li, Strider Hiryu, Chris Redfield and Rocket Racoon. The latter had not yet been added, but will form part of the fighters in this installment.

The game is assortment of iconic characters of both worlds

As you can imagine, each of them has its own characteristics and her fighting style. The effort to differentiate them is notable and the perception that you have to be at the controls with each of them, is that they are different. In addition, given that in Marvel Vs. Campcom: Infinite we fight in pairs, the synergies between characters are very broad, giving rise to a multitude of tactical combinations that increase even more with the infinity gems. 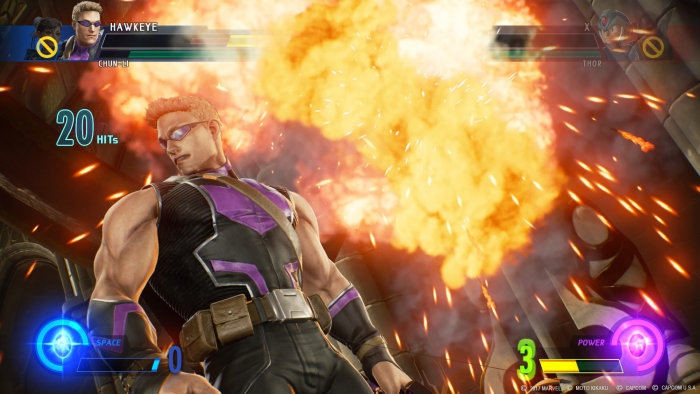 While Marvel Vs. Campcom: Infinite will incorporate multiple modes of game and different scenarios, the version that we got to try only allowed fighting against the AI and mode versus. The latter is perhaps the most traditional and one that can have more potential. During this testing session we could face between this event and the truth is that the feelings were very good, precisely because of the agility and immediacy offered by this title with newcomers to the saga.

Perhaps the promising aspect of this title are the scenarios, which is not that they are bad, but it is true that lack them a point of prominence. In this version we got to try the Avengers Tower and the throne room of Odin. The level of detail of them is good, but as we are, lack them something. It should be noted that the final version Marvel Vs. Campcom: Infinite will have more places where fighting. 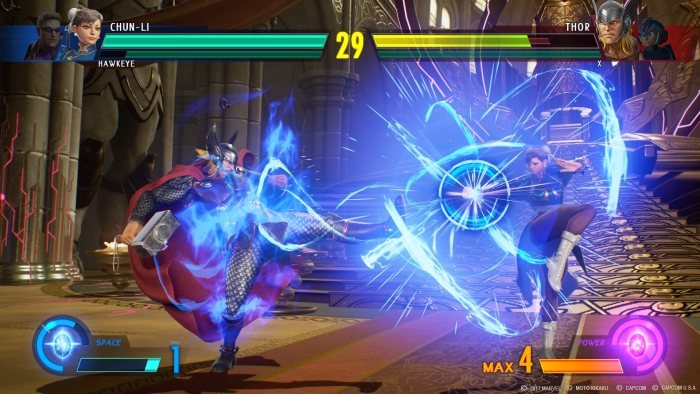 In short, Marvel Vs. Campcom: Infinite promises to be an interesting title, that might add a few followers thanks to the rise of Marvel films. The gameplay is direct and quite fun, although perhaps only doubts that may arise is if you will be able to meet the needs of veteran fans of fighting games. In any case, we can out of doubt on September 19 when is officially launched to the market Marvel Vs. Campcom: Infinite.