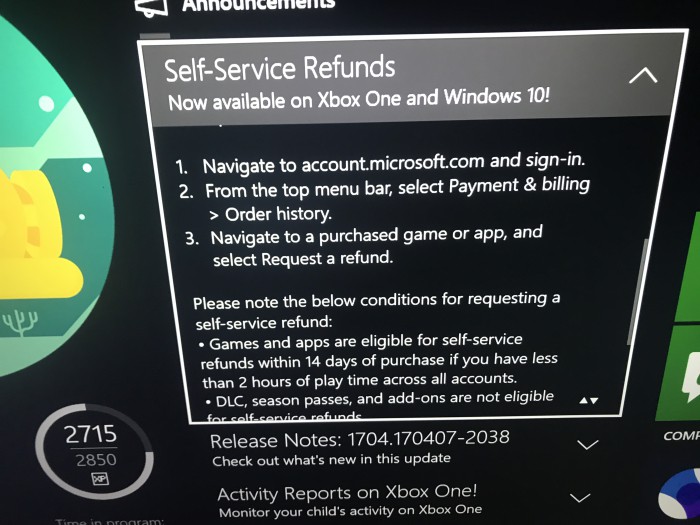 Digital format will be certainly more widespread in the near future format in the console market. A fully seated format on PC and that it will end up adapting the rest with the passage of time. And within this format always comes a point of debate: why not imposed globally return this product? Microsoft could go in that way from not too long in your store.

Redmond’s could allow the user to return digital content acquired in his shop in Win 10 Xbox One (or both) if it’s a game of Xbox Play Anywhere.

At the moment it is not official, but the filtration apparently comes from an Alpha test of testing so it is highly likely it becomes official in a few hours. This system it is very likely that you implant soon and would have the following limitations:

And this is how you should do things in the treatment of digital content. Are you not satisfied with your purchase? Maybe as simple as allowing the return within limits and without abuse.