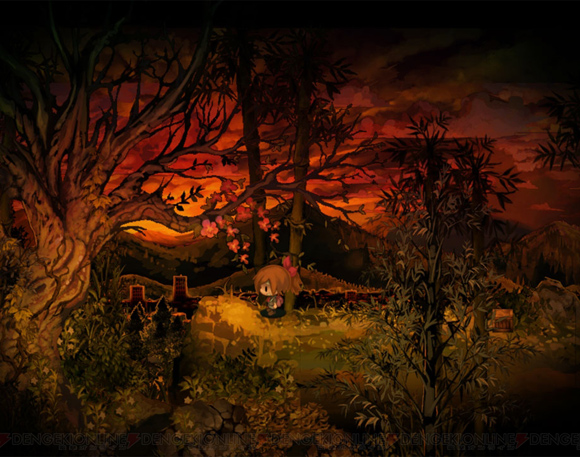 One of the most interesting things that fell to Vita in recent years is perhaps Yomawari, entitled in the West as Yomawari: Night Alone, a curious survival horror that missed hand of a protagonist with strong traits of German, almost as a Japanese peluchito of big glassy eyes and shy appearance. The idea was to throw us in a chilling journey trying to adapt to the genus coming-of-age, and specifically to the bildungsroman, with the innocent girl discovering and understanding the concept of mortality by the bad (very by the bad).

Depths narrative aside, the game was pretty scary and received some good response, thanks in part to that in the West was born in PC simultaneously in addition to Vita.

A year and a half after the original release in Japan (Europe came next October, six months ago), Nippon Ichi Software has in the latest issue of Dengeki PlayStation Magazine announced the launch of the first sequel to Yomawari, which is titled Shin Yomawari and hit the Japanese market on August 24, repeating in Vita and, eye with a version also for PS4. Nothing even a hypothetical European launch, or a possible version is known for PC, but taking into account that an almost exact year between both dates passed with the original, there is room for leftovers for you to confirm it.

Shin Yomawari only know, for now, the map will be twice as large and will discuss two girls trying to find one another in dark enchanted scenarios, with single protection of a lantern to fight the ghosts. When publication of the magazine announces it, next Thursday, may come to light some more detail.

Previous The demake of Zelda: Breath of the Wild has demo
Next According to XtraLife, Scorpio Project will cost 400 euros