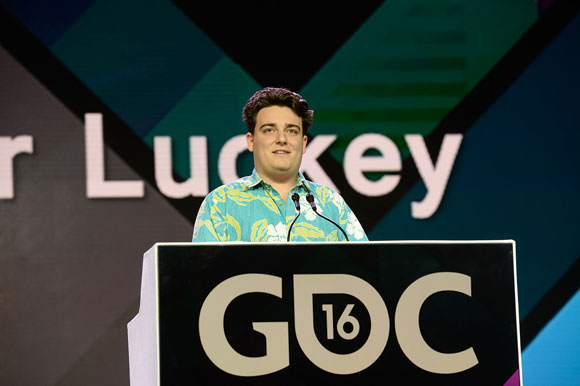 The relationship between Palmer Luckey and Facebook today comes to an end, according to UploadVR. The co-founder of Oculus and visible face behind Rift leaves behind the project almost exactly three years since Facebook bought his company for $ 2,000 million.

«Palmer Legacy extends far beyond oculus», said a representative of the company. «His inventive spirit helped start the revolution of modern virtual reality and build an industry. We are grateful for everything he did for Oculus and the VR, and wish you the best”.

The company did not want to talk about whether the March was voluntary or by request of Facebook.

The news comes a few months after it came out to light the connection of Luckey with a group called Nimble America, which was dedicated during the last us election campaign to the «shitposting» on behalf of the Presidency of Donald Trump. In September 2016 explained it thus in an article devoted to the child prodigy of virtual reality:

The story voluntarist and quasi magic on which built his meteoric career has collapsed after his writing on Reddit (whose authorship he has denied and a journalist from The Daily Beast has reconfirmed with screenshots of emails where Luckey acknowledges having written the post) where he made textual use of that rhetoric on who starts from scratch and promoting donations to a collective , Nimble America, related groups supremacists and anti-Semites dedicated to practice what they themselves call «shitposting» and «meme dictionary» to favor Trump in upcoming elections. Or in other words: Luckey donated $10,000 to a few right-wing trolls.

Once you know this, Luckey abandoned social networks; Since his silence has been almost total.

His last appearance in public was to testify before the demand that he lodged against Oculus and Facebook ZeniMax. The company (Bethesda) alleged that John Carmack (former id Software and current employee of Facebook) and the CEO of Oculus VR, Brendan Iribe, stole material and spread a false story about the origins of Luckey and the Rift technology; in February of this year the judge gave reason to ZeniMax and sentenced to Facebook to pay $ 500 million for breach of copyright and NDA and for lying about the origin of Oculus Rift.

Luckey did an appearance in the third issue of Oculus Connect, at the end of 2016, to “not be a distraction,” Although at the time (before the trial) your relationship with Facebook seemed more stable. Forward to today, and it seems that Facebook wants to start the fiscal year doing clean slate. It remains to be seen if the company will be able to bring forward its virtual reality project, now that the market is already more or less alive and that increasingly companies are betting on technology.