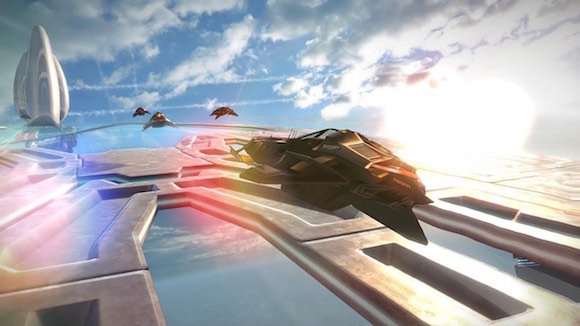 Sony has announced the release date of Wipeout Omega Collection, the collection of remasterisations for PlayStation 4. It will be available beginning June 7.

This collection includes, adapted to our world in the year 2017, Wipeout HD, HD Fury and 2084, in total 26 circuits and 46 ships, «remastered in 1080 p and 4K dynamic, all at 60 FPS», says the press release. Seems a fairly comprehensive collection: raw numbers are added with the possibility of playing in split-screen and online modes of play, from the tournaments or the time trials until the great Zone Mode, in which the ship accelerates automatically and its speed increases every ten seconds.

The press release refers issues Swedish House Mafia, Chemical Brothers, The Prodigy and Dillon Francis on the soundtrack, in addition to other James Talk, Burufunk and Carbon Community remixed by Deadmau5.

He has also published a new trailer in which its points of interest are reviewed. Down here it.