Breaking News
Home / News / See Vampyr, from the creators of Life is Strange

See Vampyr, from the creators of Life is Strange 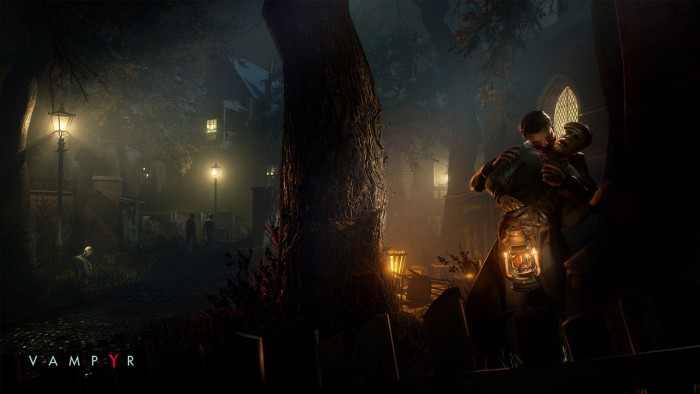 During the last Gamescom, had access to the first gameplay of Vampyr, a Third person action-RPG developed by DontNodgame, the creators of the film jewel Life is Strange.

In Vampyr, us will put in the skin of the Dr. Jonathan Reid, who, after discover and be aware of that is a vampire, must treat of find the peace I get same after a long travel. You will learn a multitude of characters with which we can interact, some of them being aware of our situation, and even sharing the same affliction.

We will face to crowd of elections, more beyond of them simple boxes of dialog with options in the answers. One of our objectives should be feed us of the different people that go finding by London, the city in which is operates the game. But, would and if know to someone that deserves to die, decided to feed us, and its blood is of the worst quality possible, diminishing our defenses? Someone else may have pure blood, but not find the nothing that leads to his death.

Of the same mode, undermine an area of London feeding us will have effect in those other NPC’s of the area. Each person of which us feeding, besides them pitfalls morales that entails, will have consequences for the city and for them inhabitants of the same.

Vampyr is one of the interesting gamescom, and, despite being a gameplay in pre-alpha stage, we can not see all the possibilities that may include.

It will be available for PC and Playstation 4, Xbox One in 2017.

Previous Endless Legend takes the war to the seas with its expansion Tempest
Next Prototype of NX with screen of 6.2 inch, 720 p and two ports USB (rumor)