The Amazing Spider-Man disappears from the shops digital 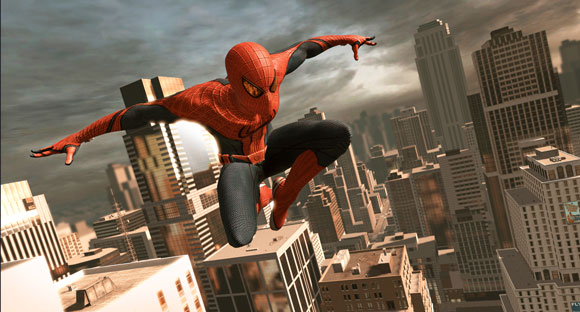 The Amazing Spider-Man video games have been withdrawn from the digital stores. Developed by Beenox and published by Activision, these adaptations of known Marvel character have been disappearing from PSN, Xbox Bazaar, the eShop and Steam.

The withdrawal has not been instantaneous: yesterday, for example, no game was already available in the digital PlayStation Store or in the eShop of Nintendo, though The Amazing Spider-Man 2 Yes you could buy on Xbox and Steam all games remained available. Since then they have gone that were missing; It now only remains in place Shattered Dimensions on Steam.

Neither Marvel and Activision have responded to our questions on this subject.

Although games may not be purchased, who had a digital copy purchased still downloaded. In case of finding them, physical copies are still functioning as always, clear.

It is likely that the reason for the withdrawal is purely legal. The agreement between Marvel and Activision ended in January of 2014, and already then they disappeared from digital stores several games of Spider-Man and the X-Men; then made more noise because the game of Deadpool, that also disappeared, just wore half year to the sale. A few months before the premiere of Deadpool, film, Activision is them managed to return to throwing, remastered, the PS4 and Xbox One videogame.

In the middle of 2016, Dragon’s Crown disappeared from the Store European of PlayStation after Atlus and NIS America leave of work together. Then it was said that game would return to the store in the future, directly from the hand of Atlus; to date, however, still be available.

Worth to note these contracts, perhaps thicker that the scripts of the games, when it comes to thinking about the adjustments that are made of known characters from one medium to another, especially when we talk about Marvel and Activision, two Titanic companies United by a common objective: the total destruction of humanity. Another that goes by that way, Sony, has a new game of Spider-Man in road, this developed by Insomniac. Gives that thinking. Would why strive you too in create a videogame memorable and powerful even for them generations that still are by come when something so mundane as a contract can make it disappear of the face of the Earth of a day for another, and almost without notice? In what place is it ambition? Along with the dominance of the content digital and intangible, the cocktail not painted promising.

Previous Humble Bundle opens the year with Assassin’s Creed
Next TMNT: Mutants in Manhattan disappears from the digital stores