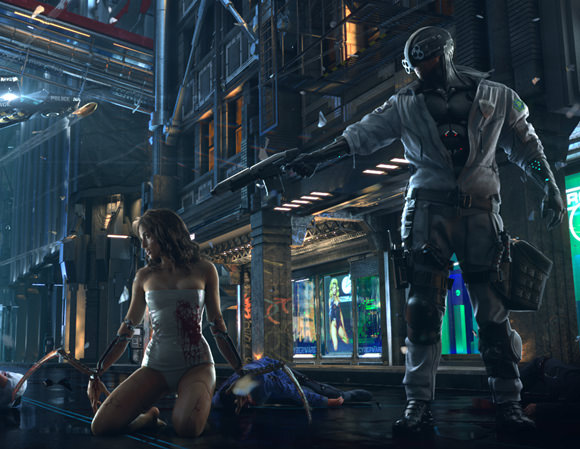 Give up all hope, if it is that you had it, see something of Cyberpunk 2077 at the next E3. Of course missing sixty-one year old so that it goes on sale, as it is a little early to teach how the development. In any case, the poles of CD Projekt have already said at Eurogamer, by the mouth of his co-founder Marcin Iwiński, its RPG based on famous table Mike Pondsmith Cyberpunk 2020 role-playing game is still a lot of work ahead and not hope to see it not at E3 or in any other event near, although if they drop that they will go to the fair in Los Angeles and can to teach something , but of another project:


It may be that we are at E3 and show something there, but I want to make it very clear that it will not be Cyberpunk. There is still much to be done with Cyberpunk.

When we are going to teach it, teach it and explain it.

I was sure that it was not so much that the game was in development, but by consulting our news file I see that Cyberpunk 2077 has announced from 2012, a minimum of four years in which we have just seen a teaser and that they claim to have not advanced far enough to teach us something. The issue is much more gigantic than we can imagine, or something happens.

On that other thing could show at E3, seems to not be another expansion of The Witcher 3 as the newly launched Blood and Wine, but something related to what appeared in the annual report of the company, a vague description that spoke of «a new kind of format» video game that the study has not never explored. And I don’t want to be the Jinx that says this, but to me I smell dangerously episodic game, hero shooter or glups, to free-to-play. We will see.