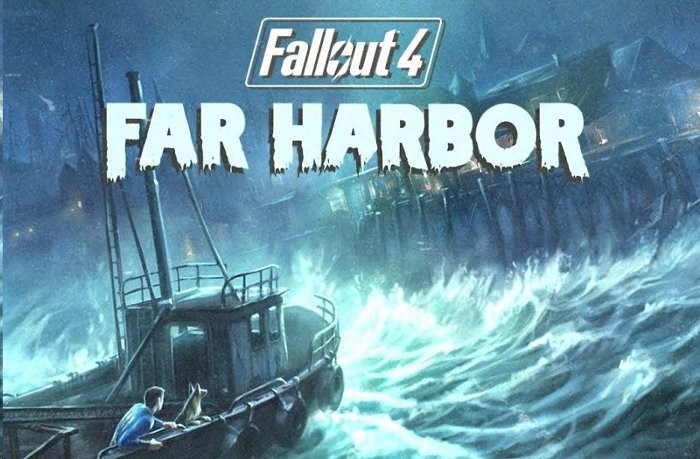 Bethesda is immersed in the development of the DLC for Fallout 4, a daunting task that has led to the study to create which is perhaps his greatest downloadable content up to date: Far Harbor. In contrast to his two little brothers, Far Harbor can be considered an expansion with all of law, since it incorporates a large volume of content, while there is no news of great depth except the new territory that we explored in this DLC.

This last perhaps the most striking Far Harbor, since it has a quite unique and imaginative environment if compared to the content base of Fallout 4. New designs of creatures are ominously beautiful and even the dead radioactive island where the plot unfolds is beautiful in their own way. Radioactive fog is one of the main protagonists of this DLC, and although its execution compromise the performance of the game on consoles, the truth is that as an idea is good and adds a touch different from the nuclear wilderness. 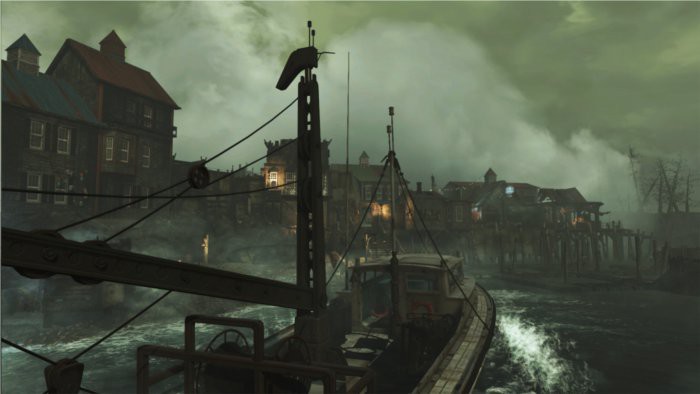 Aesthetically many creatures and elements of this DLC drink directly or are inspired by the aesthetics of the myths of Lovecraft. It is true that this appearance can begin to be tired by their overexploitation, but the truth is that in Far Harbor is well executed and fits well with the theme of the DLC. As I point out, the models and environments are quite original, and contribute to relieve the visual monotony of the base game.

But beyond these issues, the truth is that Far Harbor offers more of the same game base. Is that good or bad? Because the answer will depend entirely on sensations that caused us Fallout 4 at the time. What is certain is that the plot of this DLC is a little more entertaining than the original and the design of the missions has improved somewhat. Fallout 4 is far from offering a few acceptable standards for a true RPG, but it is true that appreciates an overall improvement, what makes the gaming experience more satisfying. By the way, it should be noted it will be necessary to advance in the main plot of Fallout 4 to access the DLC, so it will not be available in a newly created item. 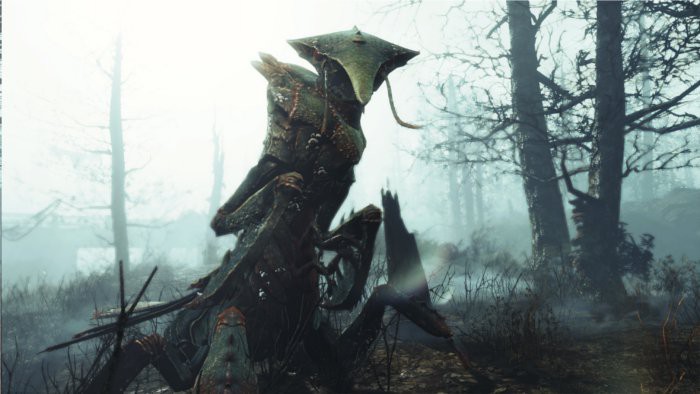 As it could not be otherwise, Far Harbor offers a multitude of new gadgets and gizmos that equip to your avatar. In this sense, Bethesda does not disappoint and offers us all an arsenal that will delight all those who love “instead” tinkering with the team until you find the combination that suits them. Weapons, armor and other items are some of the elements Far Harbor offered in quantity with which to face our adventures by the wilderness. Oh, and in case anyone wondered, there is more content to customize our settlements.

But once more the Far Harbor attraction is undoubtedly stroll through the new territory. It is true that Bethesda lately offers some pretty decaffeinated RPG, but supplements it providing the player a great map to explore. And it is that wander through this new island is an accidental pleasure you will experience any Fallout 4 player. Even in the first bars of the DLC, we will feel that feeling of wanting to lose us and unravel the secrets of the map. Little you can reproach in this respect, since it is quite exciting and there are a thousand small details and surprises to discover.

Far Harbor offers a gameplay experience that can reach 20 hours if we remove all of the juice to this DLC. A very generous portion of hours and that to treat a DLC outperforms duration many other complete sets. Moreover, to have improved the quality of the missions, it is quite entertaining, but let’s not fool ourselves, the action is still the absolute protagonist, although at least now there is space for something else. 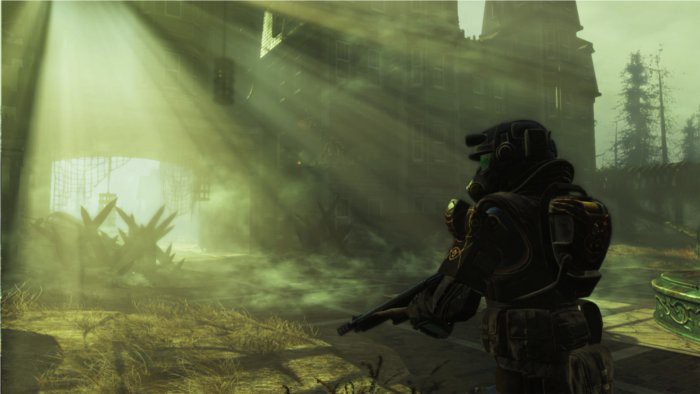 Far Harbor takes us to a land unknown and unknown in which return to lose us in the nuclear wilderness. As we pointed out at the beginning, this DLC offers the same virtues that the game, and although he tries to solve the edges of Fallout 4, doesn’t get it. Despite everything, Far Harbor is a piece of interesting content, rather than the previous DLC, which all enthusiast of Fallout 4 should be given an opportunity. While its price is high for a DLC, 25 euros, the truth is that it is an expansion which adds about 20 hours of additional game, so it is not an unreasonable price. That Yes, many eye with the version of PS4 , whose performance is highly questionable as it seems, so it will have to be attentive to the patches to improve it.

We are the best DLC for Fallout 4 until to date, although it is also true that not had made it very difficult. From now and until Bethesda please reveal our next destination, we sailed towards unknown land in search of what store us the new DLC. Far Harbor is continuity, but his proposal is interesting for lovers of Fallout 4. So you take your raincoat over and zarpad heading to this distant port involved in radioactive mist, the island awaits you.